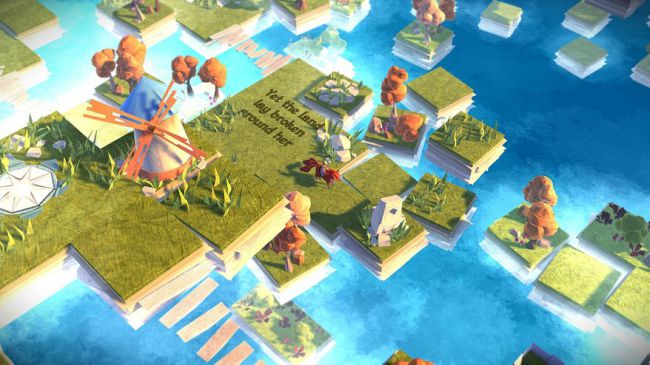 Its been a very long time since I learned to type on Mario Teaches typing in the early 1990s. Since then typing games have come and gone, now one company is trying to revive the genre. Epistory – Typing Chronicles is a love story to a type of game thats mostly been ignored for the last 20 years. We have had a few games that use typing, off the top of my head I can think of typing of the dead and Disney’s Mickey typing adventure, but its a pretty uncommon genre.

Remember this? I do.

So it was with interest that I saw this new trailer come across the wires this morning. Mixing typing and an adventure game, with the attraction of riding on the back of a fox I had to check it out. The story turns out to be pretty bizarre.  You’re fighting insects in an origami world, in Epistory, something you achieve by typing words using your actual keyboard. its proabably best if you just watch the trailer honestly

Its also intresting to note, that the game supports: QWERTY, QWERTZ, AZERTY, BEPO, Dvorak, Workman and Colemak, keyboard layouts, perhaps catering to a crowd that might not normally be interested in such a basic game, but rather wants to learn how to use one of the these more obscure keyboard layouts. The game is available on steam  for 14$ now.