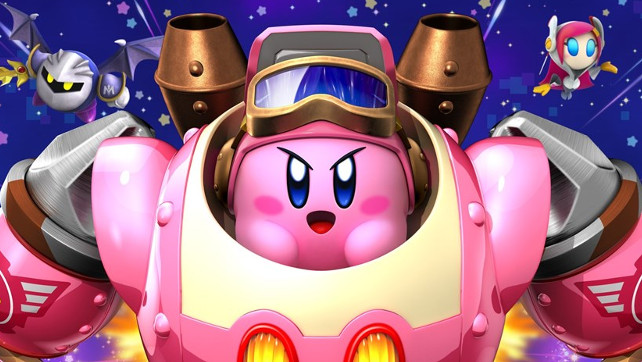 Nintendo and HAL Laboratory’s upcoming Kirby: Planet Robobot doesn’t come out until June 10th, but the game is nearing its release at the end of next month in Japan. While there aren’t a lot of information on Nintendo of America’s website yet (no official site has launched, just the game page) there is a full site over at Nintendo of Japan.

While I can’t read what any of it says, there are a few fun videos that were just updated which show two subgames.

In case you’re not sure what this game is about, here’s the plot of the main story.

Harness the power of a mysterious mech to stop ruthless invaders from mechanizing Kirby’s home world. Smash through tough obstacles, lift heavy objects with ease, and scan enemies to shape-shift into new Modes with powerful abilities. Kirby’s Robobot Armor can shape-shift into different modes by scanning enemies to copy their moves—like the new Jet Mode. Not to mention, Kirby™ can copy abilities the old-fashioned way too—by inhaling them!

One of the sub games is Team Kirby Clash, an RPG-styled 4-player brawl where you choose from varied roles and level them up. The second game is called Kirby 3D Challenge.