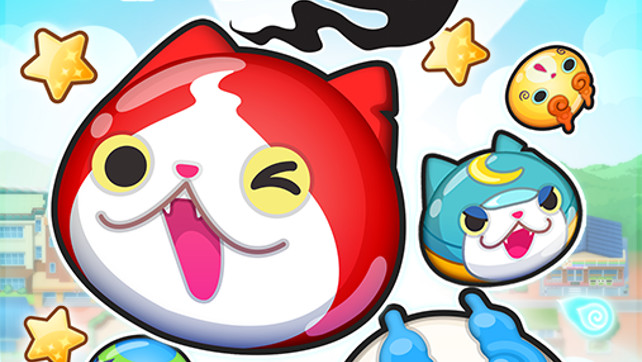 LEVEL-5 Inc. and NHN PlayArt have released their mobile YO-KAI WATCH game to mobile screens yesterday with the release of YO-KAI WATCH Wibble Wobble. The game is a skillful blend of puzzle gameplay and RPG mechanics for Android and iOS.

“We’re super excited to bring this fully localized version of YO-KAI WATCH Wibble Wobble to the United States, Canada, and Australia – and to be able to share the Yo-kai story with the world at large,” says Yukari Hayakawa, COO of LEVEL-5 abby. “Just last December In Japan, the 2nd YO-KAI WATCH movie beat Star Wars Episode VII: The Force Awakens at the box office! The Japanese version of the game, also released last year, was rated 4.5 out of 5 stars and has amassed more than 6 million players. We’re confident that the localized version will be a big hit as well.”

YO-KAI WATCH Wibble Wobble is easy to learn and hard to master. We’ve given it a try and will have our thoughts in more detail later.

In each battle, players must swipe to connect one Wib Wob to one of the same kind, forming an even larger Wib Wob. Connect small Wib Wob and tap on the large ones to deal damage to enemy Yo-kai (who usually attack in approximately five second intervals). The larger the player’s Wib Wob, the more damage it can deal against enemy Yo-kai. The more Wib Wob you connect, the faster the Fever Gauge will be filled … which kicks off Fever Mode, rendering players invincible for a brief period of time.

The game follows the same format of all free-to-start games, with limited timed plays which can be restored and reloaded by waiting, or using real world money to play now.

Another unique feature to YO-KAI WATCH Wibble Wobble is that players can save up to 3 different profiles onto one device.

We’ll have more on the game shortly.