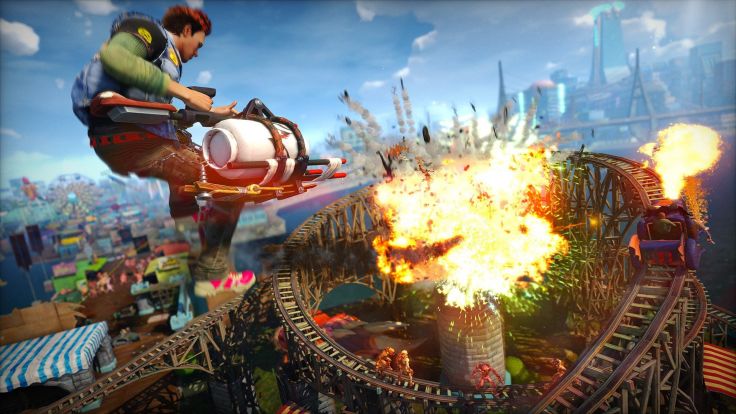 Microsoft is bringing it’s AAA games, literally, with April 2016’s Games With Gold line-up. Heavy hitters from the likes of Insomniac, Deep Silver, Telltale Games and Vicarious Visions make next month possibly one of these best months to be a subscriber to Microsoft’s online platform on either Xbox One or Xbox 360.

Xbox One owners can enjoy last year’s critically acclaimed, colorful & punk inspired third person shooter Sunset Overdrive from Insomniac from April 15 – May 15th. If you’re on next generation hardware but looking for something a little bit more store driven, the complete season of Telltale’s The Wolf Among Us will be free from April 1st thru April 30th.

Players who are still hanging on to their Xbox 360 (or want to play these games thru backwards compatibility on Xbox One) can enjoy Vicarious Vision’s 2008 horror title Dead Space from April 1st thru the 15th on the house. From April 16th thru April 30th the President of the United States is re-elected for another super powered term in Saint’s Row IV.

Check out the sizzle reel MS released alongside the announcement below. What do you think of this month’s Xbox Games With Gold line-up? Perhaps it is time to jump on that $1 Xbox Live Gold trial (US only) before it runs out.