I wonder if Eric Barone ever thought that a game about farming would be his crowning achievement? Stardew valley started out as a way for Barone to learn to program, and in an interview with PCGamer, Barone has now confirmed that the game has sold over 425,000 copies as of yesterday. To put that in perspective, that is just 12 days after its launch.  You cant go anywhere on the gaming related internet with out seeing this game. My discord is full of pictures of people’s farms, its on Twitches list of top games for the last week straight, and videos of farms are all over YouTube. I never imagined that a game so small could generate so much hype. Not since the holy Minecraft have I seen a game that was developed by one person, and experienced so much sucess. 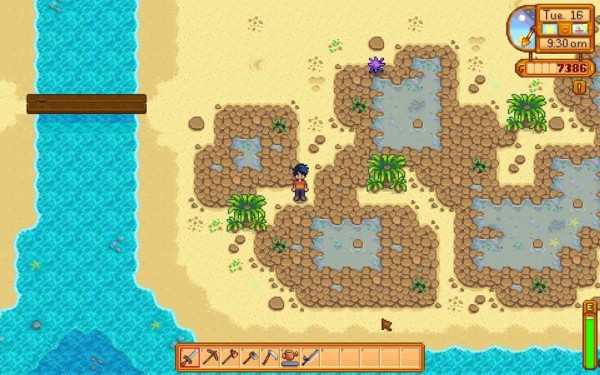 To put in to pespective how monumental it is to sell a half million games on Steam only six titles managed to do it in 2015.  Stardew Valley is halfway there aready, and its only been two weeks. The game is already one of the most sucessfull steam games of all time, and has shot up the popularity charts and stayed there. Something that is extremly difficult to do with the likes of Tom Clancys: The Division, Hitman, and The Culling all vying for space.

Barone told PCGamer “he never expected the game to be this popular. ‘I thought it would be popular with people who were fans of Harvest Moon or Rune Factory, and I thought that would pretty much be it,” Barone said, “I never expected it to have such wide appeal. I mean, I’m super happy about it and I’m blown away by the reaction, but I’m surprised too.'”

To put that in to back of envelope math, Baron is probably getting about 1/3 of each of the sales of the game, with Steam taking 1/3 and Chucklefish taking the other. Even if Baron only get 5$ per sale hes walked away in just 9 days with over 2 million dollars. Even with all of that money Barone told PCGamer “I don’t want it to affect my life in any way. My lifestyle isn’t going to change. and that  he also intends to keep the scale of development at a similar level, saying he’d consider hiring help for more technical aspects of the game, but that he generally prefers to work alone. ” No matter how you cut this cake, this is a monumental effort, and Barone has onece again shown that indie games can fight with the big dogs.