Canadian retailers might be receiving a new round of permanent discounted Nintendo titles thanks to the ‘Nintendo Selects’ label. Originally posted on the twitter account for retailer Video Games Plus before being permanently deleted. The below image has been making the rounds and if it’s accurate than games once considered rare, one off prints, like Super Mario All Stars for Wii & Pikmin 3 for Wii-U could be getting a new lease on life.

All titles are listed at an MSRP of $29.99 CDN but considering they span three different platforms and two generations this pricing shouldn’t be taken at face value.

We’ll find out if this expansion of Nintendo Selects is accurate closer to the March 11th street date. Do you think someone let the cat out of the bag early? 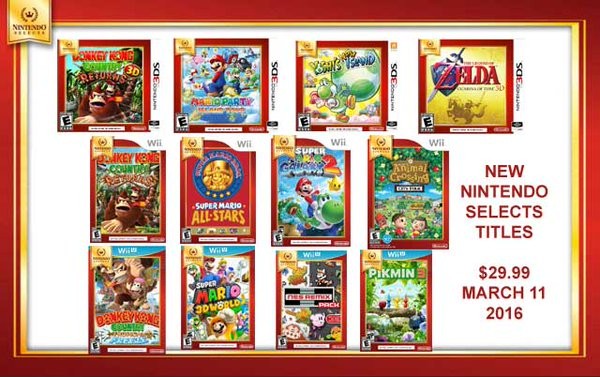