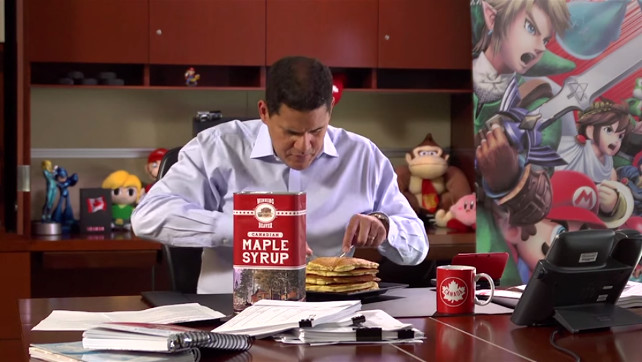 I always thought it was odd that Nintendo.com seemed to randomly show prices for their games, while the website seemed to hide them at other times. I could never really make sense of why it seemed to change from one day to the next. Initially I thought it had something to do with sales starting and ending on Thursdays, but I noticed that today on a Sunday the prices were mysteriously absent again. And then I figured it out.

It’s because I’m from Canada.

No this isn’t a slight or some other cry, but it seems to be from the way that I access the site.

You see Nintendo of Canada falls under Nintendo of America (NOA). We’re in the same region. At one time there were two distinct and separate sites between the two arms, the Canadian of which was somewhat underwhelming. Some time ago the websites were merged into one singular website, but there are some modest differences.

There is a different news feed and headlines for Canada.

This different news feed contains some unique content that America doesn’t get. No one in the southern half of the continent really has an interest in mall tours or events from their northern neighbours, so that makes total sense. And aside from no search feature on the Canadian website, the other significant difference is that the Canadian version of the website, while looking exactly the same, has no prices listed on any of the games.

This makes total sense if you think about it. A game will always cost $29.99 USD but the Canadian price is subject to fluctuation with the damned currency exchange. It irks me to no end that the same game that costs $59.99 in America can cost up to $74.99 in Canada, such as the upcoming Pokkén Tournament. Or that a Nintendo 3DS game that retails for $39.99 down south sometimes goes for $54.99 here, as was the case for SEGA’s Hatsune Miku: Project Mirai DX.

There doesn’t seem to be any hard a fast rule about that either, with retail prices for games seemingly done at random. We never know how much we’re going to have to pay until we see a price finally listed.

I recently tweeted a thanks to Lightwood Games for including their Canadian price in their media release about Word Puzzles by POWGI.

Here’s a side by side comparison of the game page for Bayonetta on the American and Canadian versions of Nintendo.com.

This news really isn’t news, but it does solve the mystery for me as to why prices (and the search bar) seemed to be randomly missing from the website.