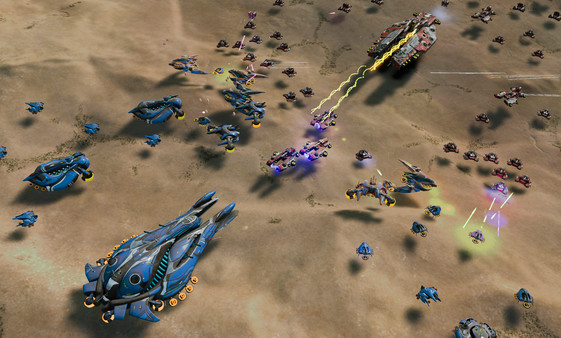 Ashes’ plot transports players to the 23rd century where they will command armies, collect metals & radioactive materials to help fuel their economy and once they’ve raised enough funds unleash massive armies that can easily dwarf the unit counts found in other RTS titles. There are two playable factions in Ashes of the Singularity – Humanity of course, known as the Post-Human Coalition and their enemies the Substrate. 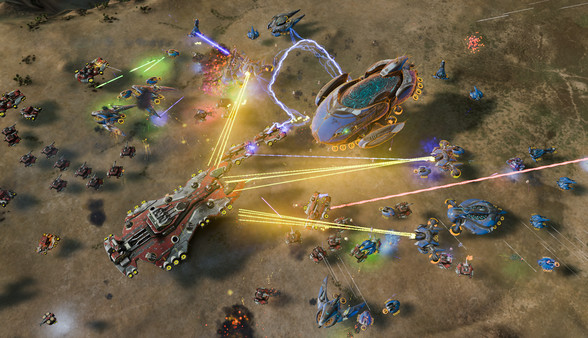 As you can imagine with a game this technically ahead of the curve Ashes boasts a number of awesome features. Thankfully Stardock was nice enough to provide a pretty comprehensive list:

●      The first native DirectX 12 game allowing each CPU core to command the player’s GPU simultaneously, which allows for more rendered units to be displayed on screen at the same time – by an order of magnitude – than in any previous RTS game to date.
●      A multi-core, real-time strategy AI that allows for excellent single player RTS gaming.
●      A new native 64-bit 3D engine called Nitrous that makes full use of the features of DirectX 11 and DirectX 12, allowing for thousands of light sources on screen simultaneously.
●      A new type of unit group organization known as a “meta” unit that makes it easy for players to manage potentially tens of thousands of units across a world.
●      Advanced Nitrous 3D engine allows players to zoom out on the map without having to transform the map into a simplified view of the battlefield

Devs at Stardock will be working with both AMD and Nvidia to ensure that the second beta, due out later this year, will provide support for Cross-Fire and SLI.

If you are interested in jumping into the beta before the final release later this Spring Ashes of the Singularity is now available on Steam Early A ccess for $54.99 CDN.

Think your rig is beefy enough to run Ashes? Here are the minimum system specs for the current beta: