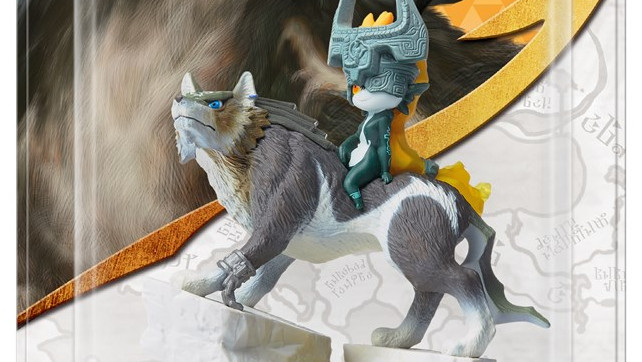 When The Legend of Zelda: Twilight Princess HD launches on March 4th it will include a Wolf Link amiibo figure based on the same character from the classic game.

Some of the data stored on the Wolf Link amiibo figure can also be used with The Legend of Zelda game for Wii U, which launches this year. More details about that functionality will be revealed at a later date.

In addition to the Wolf Link amiibo, other amiibo figures in the Super Smash Bros. series like Link, Toon Link, Zelda, Sheik and Ganondorf will work with The Legend of Zelda: Twilight Princess HD. By tapping the Link or Toon Link amiibo, players can replenish their arrows. Tapping Zelda or Sheik will refill the player’s hearts, while, in a devious twist, tapping the Ganondorf figure will actually make Link take double the damage!

As of now the Wolf Link amiibo is only available bundled in the game, though that could change at a later date as many bundled amiibo eventually see individual release.