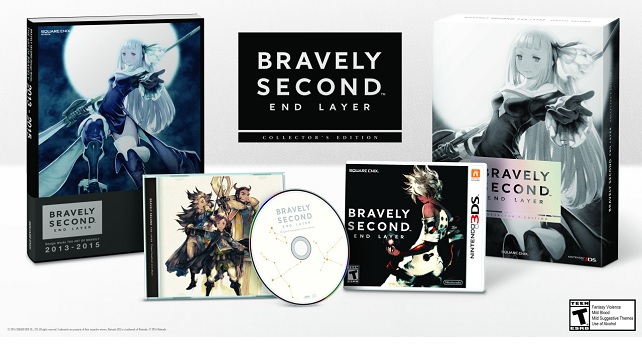 When Bravely Second: End Layer launches exclusively for the Nintendo 3DS on April 15th, a Collector’s Edition will also launch alongside it at a suggested retail price of $69.99. The Collector’s Edition includes the massive game, a 10-song original soundtrack and gorgeous 250-page deluxe art book.

A demo version of the game, Bravely Second: End Layer – The Ballad of the Three Cavaliers, will launch in the Nintendo eShop prior to the full game’s launch. This demo includes a unique story different than the one found in Bravely Second: End Layer, as well as new jobs and areas to explore. StreetPass tags and bonuses from the demo will also carry over to the main game.