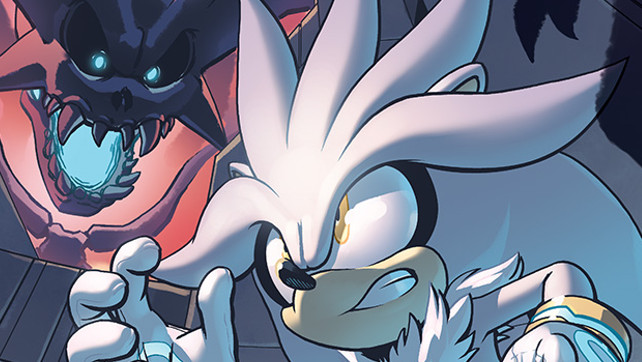 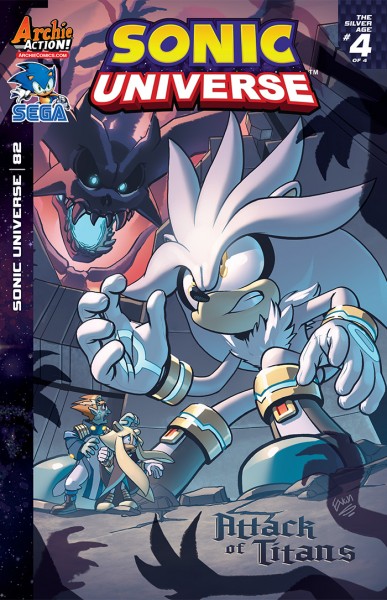 ENTER THE FINAL FIGHT FOR THE FUTURE! “The Silver Age” part four: The finale to Silver’s latest adventure! Silver simply doesn’t have the might to stop the creature menacing his time. Maybe the combined brain power of Gold and Prof. von Schlemmer can help! It’s a knock-down, drag-out fight for the fate of the future with a shocking ending you’ll never see coming-even if you’re psychic! Featuring cover art by the “Silver Age” writer herself, Evan Stanley, plus a special “Movie Poster Variant” by the terrific T. Rex! 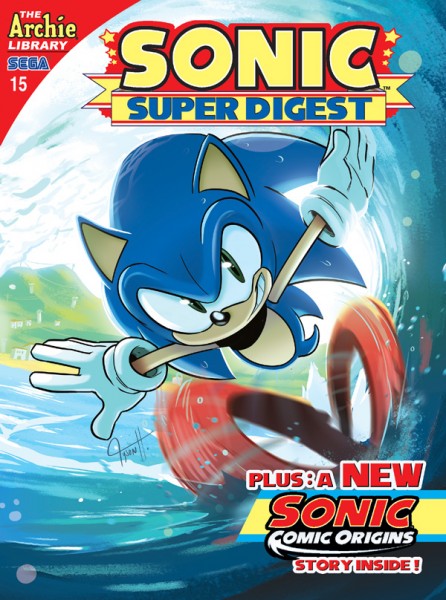 Sonic Comic Origins continues this month with an ALL-NEW story featuring Razor the Shark! This never-before-seen tale showcases an EXCLUSIVE back-story to the underwater side of the new Sonic Comic universe with one of the most popular new characters to debut in the series! It’s a real splash this month in Sonic Super Digest! Plus, don’t miss all the classic fun and adventure you love in stories from the comics’ 20+ year history as Sonic and his friends embark on daring adventures, face evil villains and save the day one chili dog at a time! Race into the fun that only Archie Comics and Sonic Super Digest can bring! Featuring super duper cover art from Tyson Hesse and story & art from the biggest names in Sonic comics history!