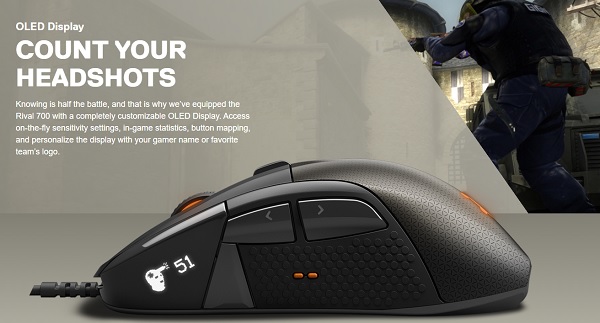 Hardware manufacturer Steel Series has announced the Rival 700 Smart Gaming Mouse, a pretty neat piece of kit that is being marketed to the hard-core Counter Strike: Global Offensive crowd. What makes this mouse worthy of your headshots over say a rival mouse? Aside from a number of pretty neat inclusions, which I’ll get to in a moment, the Rival 700 Smart Gaming Mouse has a build in OLED screen that will act as a headshot counter when using StatTrak weapons in Global Offensive.

Aside from the customizable OLED screen (which can be tweaked using the Steel Series Engine) the Rival 700 Smart Gaming Mouse is modular allowing owners to swap out their cables as well as sensors made from a variety of different materials.

Steel Series  also hopes that player’s wont just use the Rival 700 for input but also for receiving new forms of feedback.  Included in the body of the mouse are small vibration motors near the palm rest that can be customized to make distinct patterns depending on the alerts you are receiving in game.

If you want more information on the Rival 700 Steel Series has an entire marketing website dedicated to all of the fine details about their latest high-end input device. This 7 button highly customizable mouse will retail  for approximately $99.99 USD according to Steel Series’ press release and will be available later this Spring. 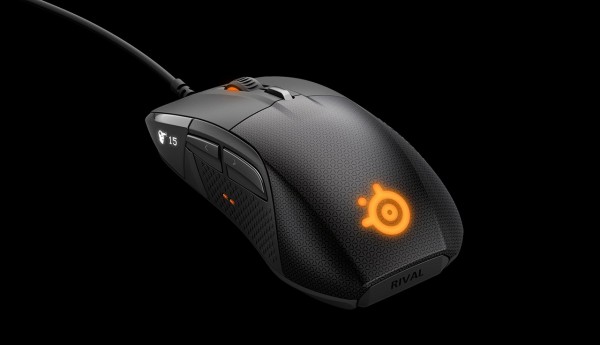