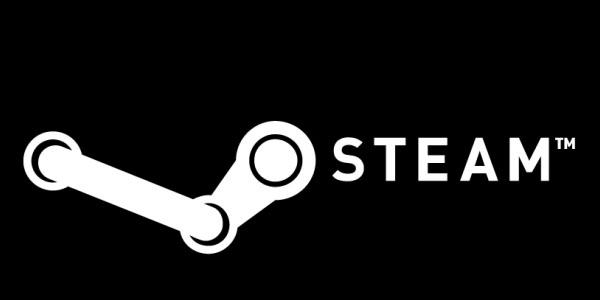 We’re smack dab in the middle of the vaunted Steam Holiday Sale – it’s just that time of year when snow is in the air, Christmas Carrols ring through the halls and PC gamers rejoice at the low prices Valve has been able to negotiate with publishers. Saving a few bucks is fantastic but be on the lookout for the shady side of some publishers “franchise packs” lest you be the next victim of bundling.

Call them “franchise bundles”, “series bundles”, “2015 Game of the Year Bundles” or whatever you please but in the end these bundles allow fans of a particular series to buy multiple titles in a franchise at a steep discount. It’s a great opportunity if you want to binge through all of the Assassin’s Creed games, catch up on the latest season of Telltale’s The Walking Dead or pick up some well regarded indie titles at a reduced price.

So where’s the shady shit? Well to put it simply some publishers are pricing their bundles higher than the prices of all of the individual items added together. This means that if you take the time to add each item to your cart rather than buying the bundle you are actually saving yourself some money.

First up, The Indie Movie Bundle – This bundle combines together the film “Indie Game The Movie” which is a 2012 Canadian Documentary that focuses on the struggles of several well known indie devs like Jonathan Blow,  Phil Fish and Tommy Refeness and how game development has changed over the past few years. It also includes copies of their most well known games: Super Meat Boy, Braid and Fez. 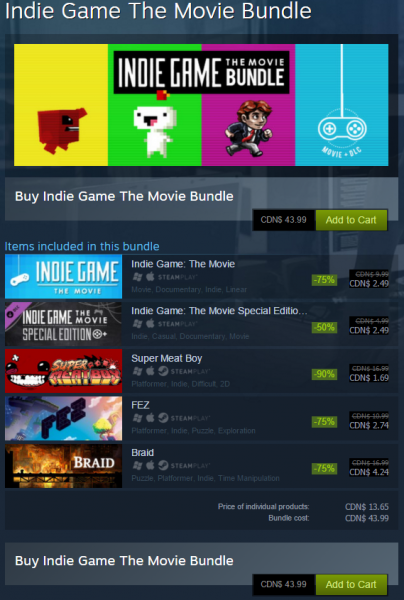 When it came time to price this bundle the publishers BlinkWorks Media, Polytron Corporation and Number None have priced it at $43.99 Canadian. However, if I were to buy each item individually it would only cost me $13.65 Canadian… Who doesn’t love just burning $30.34, right?

It is important in noting that just because these two examples exist – it doesn’t mean that these particular bundles were prices maliciously. Steam can do some wonky things when it comes to currency conversions between games and sometimes titles are differing prices in different regions, it is also possible that the publishers behind these particular bundles forgot to discount their combined bundles appropriately.  If anything this should serve as an example – add up the prices in a bundle first to make sure you are actually getting a deal before checking out!