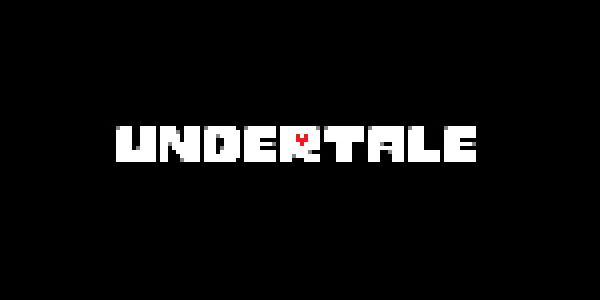 This is a review of Undertale that is 100% spoiler free. Reasons why are given in the review but I want you all to understand that this is a very difficult game to review because of this very reason. Almost any detail, even from the game’s own store page, can harm your first experience should you learn it. Knowing this, if you wish to not even risk reading this carefully written review then just know that my verdict is as follows; buy Undertale and play it as soon as possible.

Undertale is an odd little game. It’s a top-down 2D RPG with some very clear inspiration drawn from Earthbound on the Super Nintendo. But to simply call it an homage to said classic would be a disservice to just what Undertale aims, and succeeds, at being. While aestethically simple and filled to the brim with pop culture references, Undertale is somehow one of the most surprising and unique little experiences I’ve had with a game in many years. 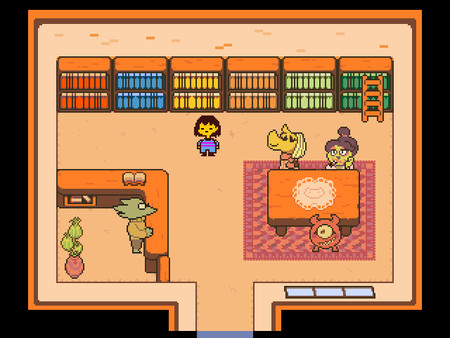 As the game begins you’re introduced to a very short opening narrative that explains the absolute fundamentals of the world in which Undertale takes place. You’re a fish out of water, having wound up in a world were you don’t belong, but where you have a chance to do something of greater impact than anywhere else. The player character is presented with as ambiguous of a background a character can have. No specified gender, ethnicity or morality. You’re a human, the rest is up to you.

Exploring the new world in front of you is as straight-forwards as things can get. You move in four directions and you have one key for interaction and one key for your menu. It’s so simple it could be played on a Master System controller, which you probably can do if you somehow plug it into your computer as the game has controller support as well. Though it’s worth mentioned that said support is hidden until you launch the game with a controller plugged in, which made me miss it throughout most of my play-through.

While the visuals of Undertale is made entirely in low-resolution pixel art, it never comes off as trying to draw much from nostalgia. Instead, the lack of detail allows for the simple and colourful designs of the characters and worlds to stand out more. It’s the kind of “retro look” I’m glad seeing, as it’s obvious that it’s a style that Toby Fox went with out of personal choice rather than to be derivative. 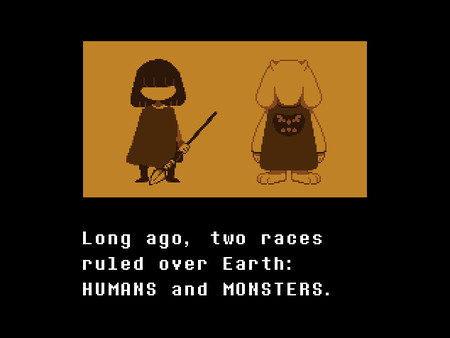 As of writing this review my Steam account tells me I have 12 hours played in total. During these 12 hours I’ve had the game make me laugh out loud, tear up and grow attached to its many characters in ways most games would only dream of. I could tell you about the amazing conversations, tense encounters and strange outcomes I’ve been through but I feel that would miss the point of the game. It’s very much a story that the player has to direct themselves through.

And that’s why this review will have to be short and somewhat odd to read. Any detail or information I can give beyond this could hinder you from having the most personal player experience I’ve had in a game this year and I don’t want that. I love Undetale and while I’m not entirely sure I can call it my definitive Game of the Year as of writing this, it’s easily one of the most impressive and unique games I’ve played in a very long time.

Andrea Ritsu is very active on social media and occasionally she reviews games. She also sometimes can be heard on our podcast, Broken Cast. This review originally appeared on her Tumblr / WordPress and has been re-published with her permission.