Unless you have been living under a rock the past few weeks, you are probably aware that there was HUGE controversy over Pay day 2’s developer Overkill adding micro-transactions. The drama itself was long, drawn out and complex to explain, but there is a pretty good summary here. The long and short of it is that a TF2 crate type system was added to the game, with the crates containing among other things better weapons.  These crates wereopened with special “drills” available on the steam marketplace for real dollars only. This upset the community because the developers had promised never to make anyone who paid for the game pay for its content. 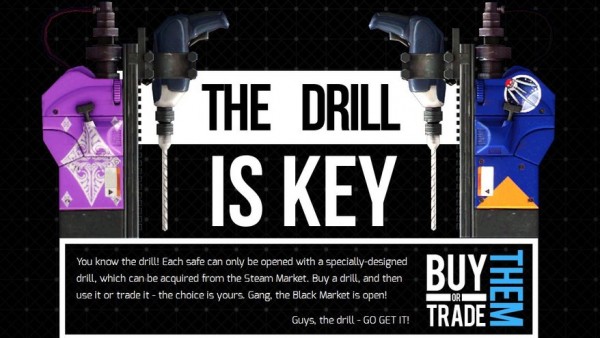 So it came as no surprise that in an AMA on Reddit  most of the questions focused on this uncomfortable reality.  Several users outright accused the developer of a money grab and other were even less kind. you can readthe full response in the earlier link but its basically we updated now we need money so we can pay people. Despite the studios apologies, they seemed to lack any real caring Pay Day 2 continued to allow the microtransactions. despite leaving them in it seems they at least might feel bad about doing so? Overkill has issued a frank apology on Steam.

“The past few weeks have been some of the most challenging in the history of this community,” the statement reads. “Players have been angry with us, media have written about us en masse and our volunteer moderators went on strike. For all the distress we’ve caused the past few weeks, I’d just like to take the time and say that we’re sorry. We’ve done a lot of things right in the past, but these past few weeks we screwed up. “We need to get better at many things, and we will do our best to improve as soon as possible.”

this was likely at least partially motivated by a strike which was undertaken by several of the moderators on that steam page. The whole discussion where in this strike and the reaction is discussed is available online right here if you really want to watch it all. A safe summary is “we fucked up we know were going to try and make it right”