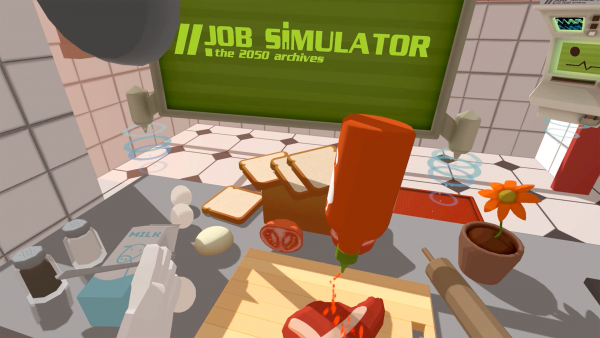 With both the SteamVR’s HTC Vive and the Oculus Rift releasing in the first quarter of 2016, virtual reality hardware has been getting a lot of attention. Yet it is the games for the platforms that really showcase the breathtaking experiences that can happen virtual reality. As a VR enthusiast who has had the pleasure of trying many VR games, both released and unreleased, on the Vive and the Rift, I wanted to share my favorite experiences. 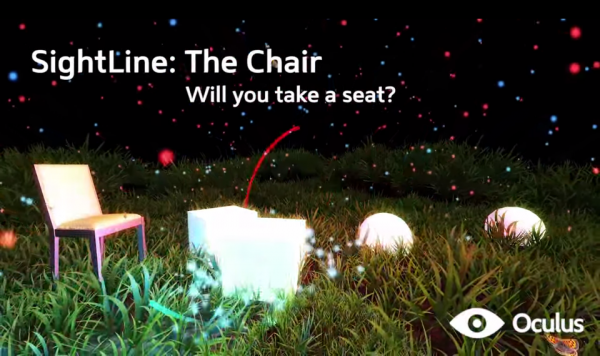 As with many VR experiences, the current version of SlightLine does not fit solidly into the concept of a game. However, it showcases how VR can sweep you into another dimension with new rules that make you question your own perception of reality.

The game does not require use of any controllers or input aside from the headset itself. You look around to interact with and observe the environment. Your gaze can dance glowing lights across water and explode meteoroids, but objects and environments have a habit of changing when you look away from them. It is slightly unsettling and very mystifying to find yourself questioning your own memory of what you saw just a split second before. This was the game that convinced me that VR was truly a format to be reckoned with. 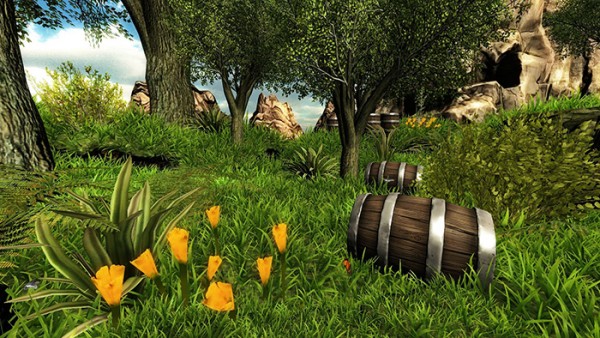 Job Simulator tends to be one of the most talked about VR games and it makes sense as to why: it was the first game that really showcased the SteamVR controllers. It appears a fairly simple game, you are instructed to complete several “jobs” by a benevolent JobBot. None of them are particularly difficult and the controls feel natural as you move around the area, squeezing triggers on your controllers to use your virtual hands to interact with objects. 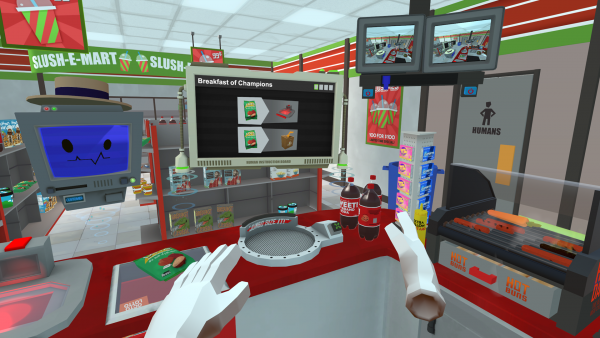 With the low-poly, bright and cheery settings, the game seems quite innocently to be nothing more than the job simulation that the name promises. I certainly started playing the game that way, bustling around the kitchen, finding ingredients and combining them to the orders of my cheerful robot overlord. Then I dropped an egg. First was a mild panic about how to clean the mess before I realized that this was VR, there is no mess to clean, there is no robot I have to follow.  So I went to the fridge and grabbed some more eggs to drop, then I chucked tomatoes and bread at the JobBot and threw items into the microwave for fun. I quickly had descended from a dedicated cook to a cackling maniac as I gleefully rampaged around the kitchen.

Playing with knives and smashing eggs without consequence is an incredibly freeing experience when it feels as if you are truly there and interacting with your own hands. It is very easy to forget you are playing a game at all and get wrapped up in this new world.

I Expect You to Die (Oculus)

In playing I Expect You to Die you will die, then rush back and die again. You’ll cuss and cheer and groan. Of the games on this list, I Expect You to Die is the one that would lose the least if it was not in VR, but the VR helps to transport you into the world. Whether that’s the space of a booby trapped car or in a locked room with a bomb, the VR aspect makes the game more intense and your survival feels more pressing.

You truly feel like a secret agent, using your wits and the tools around you to break out of deadly situations that are so complex that they are amusing by themselves. The absurdity of the settings adds humor to what otherwise could be a stressful puzzle solving game. While the replayability is limited, this game is certainly the one I had the most trouble putting down until I had beaten the level I was playing. 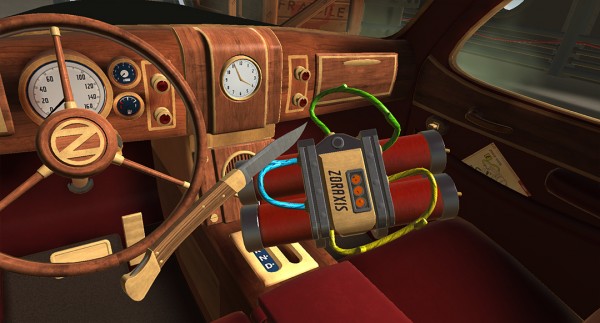