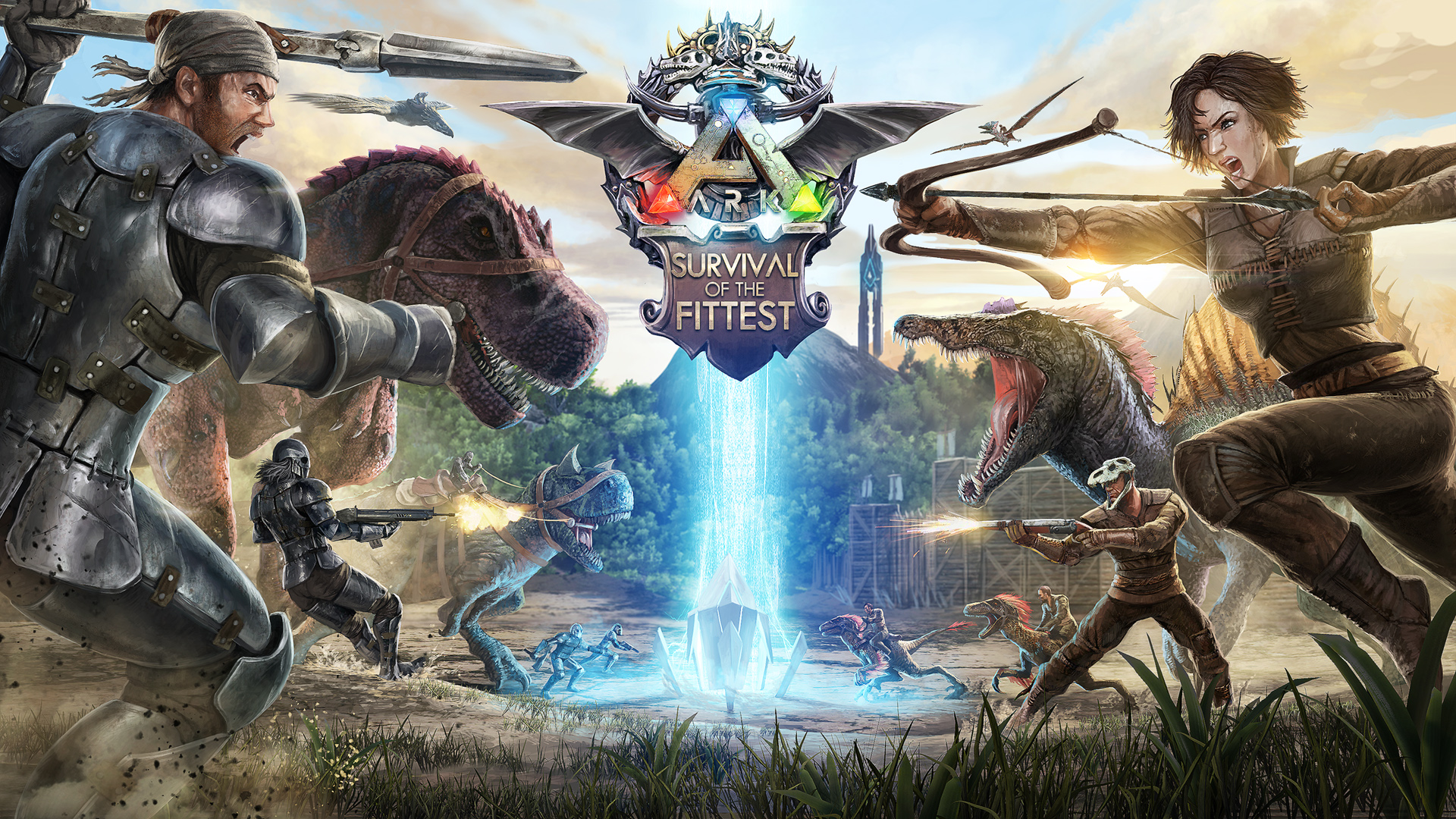 E-Sports coverage is predominately skewed towards larger titles like League of Legends, DOTA 2 and to a lesser extent Heroes of the Storm but these three aren’t the only competitive game in town. Ark: Survival Evolved instinct game’s breakaway Steam hit held a competitive Survival of the Fittest competition yesterday with the winning tribes taking away cash and prizes. This event wasn’t without some controversy, however, with the Ark devs detailing a rather controversial referee call.

First, some context, because if you’re like me you might not know a lot about Ark or how its Survival of the Fittest mode works. Tribes are groups of players who band together for a common goal and while in a tribe all of a player’s pets can be controlled by their tribe-mates. Being part of a tribe also gives its members bonuses in the form of an XP boost which will help them achieve their goals faster than if they were soloing.

Survival of the Fittest is a brand new Player Vs Player game mode that co-developer Studio Wildcard unveiled this past summer. 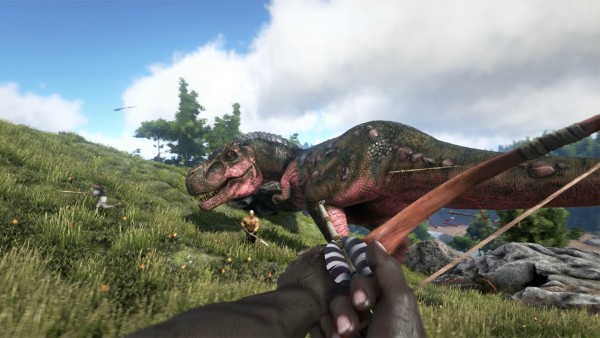 Here’s some of the modifications made to the Survival of the Fittest game mode for the grand finale of the tournament according a press-release issued before yesterday’s event:

The Last Stand Tournament took a grueling three months for the initial 35 tribes to be worn down to the final 3.  So what was on the line?  $75,000 in cash and prizes as well as trophy – sponsored by Cyber PC, NVIDIA and Logitech for the winning team.

So how did the final 3 teams do? Here’s a visual breakdown supplied by ARK’s developers: 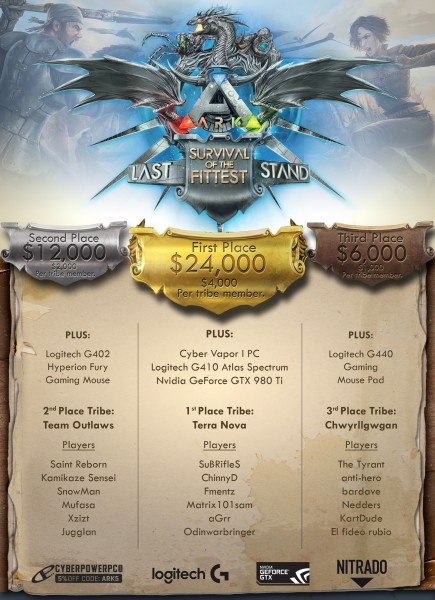 About The Bad Call

Regarding the bad call that happened midway through the tournament, ARK’s developers have taken to their Steam Community to post a rather in-depth post detailing what went down and why this call does not invalidate the entire 5 hour event.  Apparently the GM who was helping referee the game thought that there had been a collision glitch and warped one of the teams off of the dragon. In the end the devs do feel that the wrong call was made. Here’s their full statement.

Approximately midway through the match, one of our GMs was notified that there was someone hiding on top of the dragon. This in itself isn’t an exploit or glitch, but the GM was informed that this individual could not be damaged. The GM tried to damage the clever player — appropriately-named ‘Brainiac’ of the venerable ‘Goon Squad’ Tribe — and seemingly also thought Brainiac could not be damaged. Thus the GM, after conferring with the devs, decided to teleport Brainiac off of the Dragon, believing it to be an “embedded collision” glitch that renders a player invincible to any outside projectile.

Upon reviewing the records it appears now that the player COULD in fact take damage, and what had been thought to be invincibility was in fact just mild de-sync of animations that can occur when a player is on such a large moving object. Brainiac employed a novel tactic that was surprising! We made a real-time call based on the information we had available at the time, but in hindsight – it was the wrong call. So that we’re clear: Hiding on top of the Dragon, or any other creature, is not a glitch in Survival of the Fittest, should not have been grounds for the GM to move that player, and will not be so going forward.

‘The Last Stand’ results remain standing; as a live sporting event the referee’s call does not invalidate the entire 5 hour gameplay — all the Tribes that participated played very long and hard for their victories.

However, we do want to address it – we made the wrong call and that ought to be dealt with. Furthermore, let’s be frank, those poo-flinging monkeys were devastating at such an early point in the game – we hadn’t seen them appear so early before, and weren’t aware of how much they could hurt unguarded players. So with the referee’s call being mistaken, and so many excellent Survivors eliminated early via The Monkey Reign of Terror, we’re going to host one last Mini-Championship Round to see how events play out with improved balance and without GM mistakes.

To help rectify the damage done by the admittedly bad call a mini Survival of the Fittest tournament will be broadcast November 1st for three hours. Updates to the game are expected to go live tomorrow, October 26th, providing players exactly one week to practice with some balancing changes before the mini tournament. This mini-tourney has its own prize booth with a combined $18, 000 USD to be won! Here’s all the important details, for the dev’s complete statement (including a Back To The Future reference) head on over to their Steam Page.

When: Sunday, November 1, from 2pm EST to 5pm EST
Who Is BroadCasting ? BikeMan

What Prizes Are Up For Grabs:

Miss the streams but wanna check out some game-play from yesterday’s Survival of the Fittest tourney? Check out this video below [which is part of a playlist]: