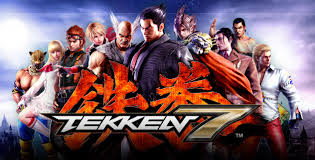 Did you know that Tekken 7 is getting its own World Championship tournament? The European qualifying rounds will be happening during Paris Games Week on October 29th!

The top 16 players from the qualifying rounds will battle it out for the 3 spots – who will move on to the finals in Japan this December. Whomever takes the top spot will also win a paid flight to the Japanese finals and 1500 Euros. This whole thing sounds pretty sweet – winning money for playing a game that hasn’t even seen a commercial release yet? Sign me up!

Bandai Namco had this to say about the European qualifiers:

“With the EU qualifiers for the TEKKEN 7 World Arcade Championship, we wanted to offer a chance for our very own TEKKEN players to take part in the biggest TEKKEN tournament to date! With a total of 10,000,000 JPY in the prize-pool, the chance to fight against the best players out there and a shot at the World Champion crown: we are sure that our fans will love the idea and give their all!”

If you can’t be in Paris at the end of the month don’t worry the whole even will be live-streamed on Bandai Namco’s Twitch Channel.