If you were too busy with all the great recent game releases this summer you may have missed Marvels biggest event yet The Secret Wars. As they wind down that event, which literally involved the end of all marvel universes and a bunch more stuff there just is not time to write about.  After all of that is over, A new marvel emerges! This All New, All different Marvel (not exaggerating this is actually the title) contains many of our favorite characters and some new ones as well. 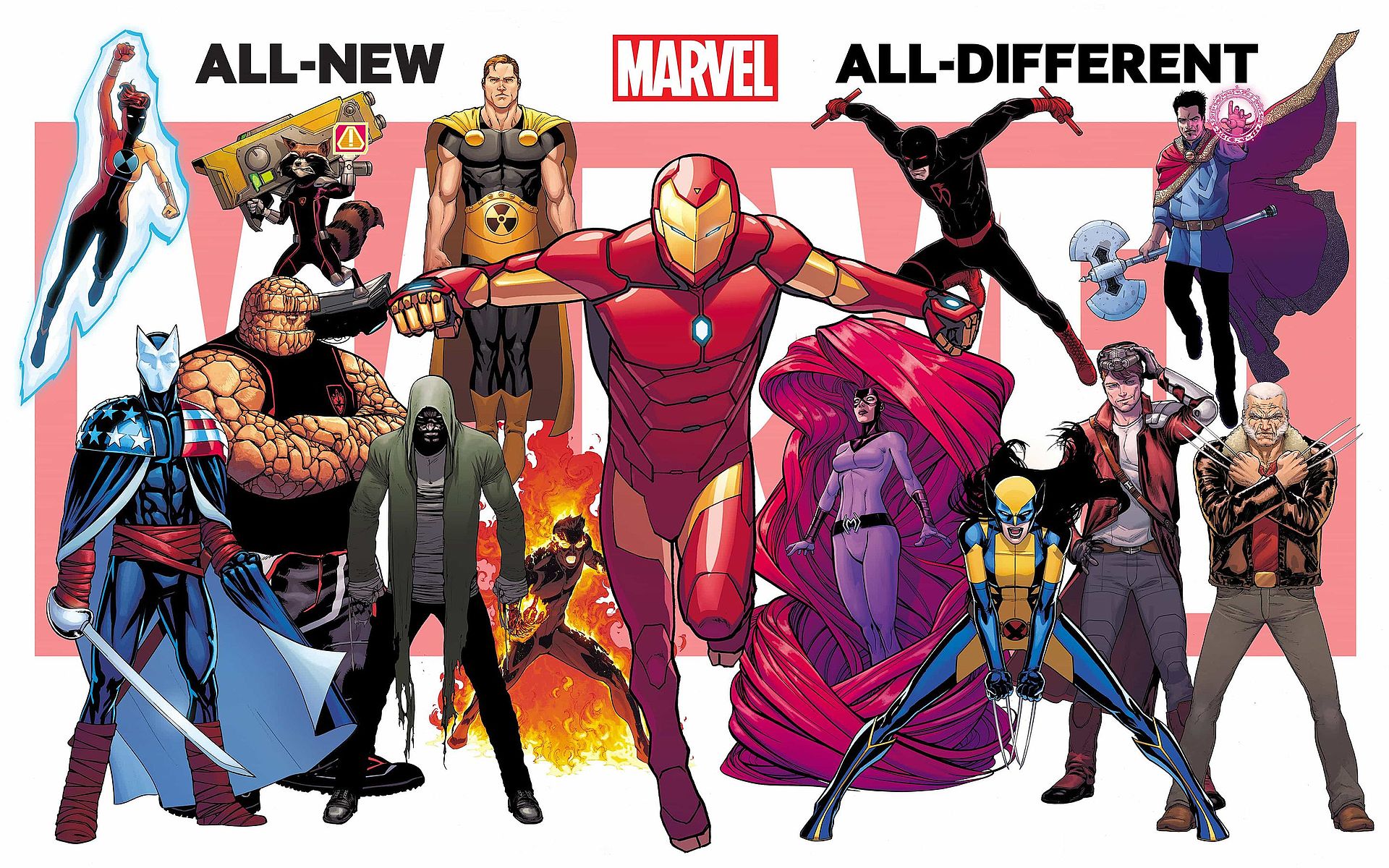 Just a few of the new and returning character from All New All Different Marvel line up.

This week is the first week of releases and includes fan favorite Iron Man and newcomer Doctor Strange (with an axe none the less!) Avengers is also returning but with a new team.   to many to list but you can read the full list here. The full new run will have marvel issuing #1s for all of October and well in to November assuming nothing gets delayed. Secret wars itself still isnt over, and if you haven’t been at least following the main book (simply called Secret Wars) I suggest you go pick that up at least so as to not be too lost.