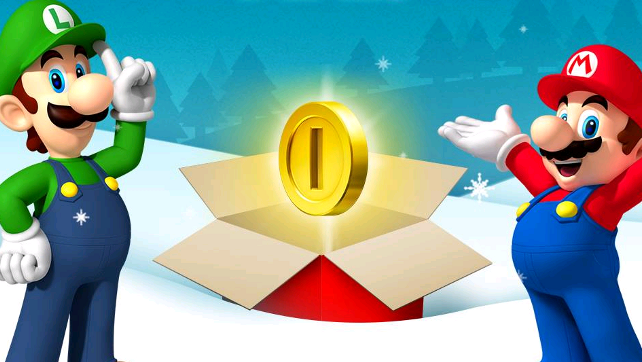 This is the challenging and dangerous world of underwater racing! As a fast fish, you will run through several track trying to be first in the speed challenge. The player must be one of the first to qualify and proceed to the next race. Accumulate enough points through the 16 tracks and become the Champion! You can also face the other racers in special bonus rounds where they will do their best to let you eat their dust… or bubbles.

In this game your goal is to land your rocket safely, but watch out the world is full of danger like mines, lasers and turrets. Besides the main levels you can put your skills to the test in Endless mode. Earn 3-star rating by completing each 28 levels in the shortest possible time.

Experience the epic journey of Nuna and fox as they search for the source of an eternal blizzard that threatens the survival of everything they have ever known.

Never Alone is an atmospheric puzzle platformer developed in collaboration with the Iñupiat, an Alaska Native people, drawn from a traditional story that has been shared across the generations.

Guide both characters in single-player mode or play cooperatively with a friend as you trek through frozen tundra, leap across treacherous ice floes, swim through underwater caverns and face enemies both strange and familiar.

On over 75 “Best of 2014” lists, and winner of “Best Debut Game” at the 2015 BAFTA Games Awards, nearly 40 Alaska Native elders, storytellers and community members contributed to the making of the game.

The Nintendo 3DS™ exclusive mixes Etrian Odyssey’s vast RPG party and skill customization aspects, and Mystery Dungeon’s infinitely random dungeon adventures. The action/turn based combat means that battling monsters is not just about using the right skills, but becomes an elegant Pas de Quatre of strategic positioning. Players form their parties with familiar Etrian Odyssey classes, customize individuals using Etrian-style skill trees, and then take up to four members into the dungeons. Always randomized with various levels and paths, the dungeons require plenty of exploration, not to mention the incredible loot rewards — just be wary of what waits among the deepest depths.

Persona Q: Shadow of the Labyrinth is the first new Persona RPG since 2008 and the first one ever on a Nintendo platform! Join the Persona 3 and Persona 4 characters on a brand new adventure in an art style that you haven’t seen before. Choose characters from either game to form your dream team! In this seamless blending of the battle systems from two of ATLUS’ acclaimed RPG series, Persona and Etrian Odyssey, you will use the power of your Persona to find your way out of the Labyrinth.

WAKEDAS from Circle Entertainment are on sale until 8:59 a.m. PT on Sept. 24.

WAKEDAS is a contemplative and thoughtful shape shifting puzzle game with the perfect combination of eye-candy visuals and serene sounds. Radiant multicolored tiles rests on an infinite loop; aim of the game is to group same colored blocks together by simply dragging your finger across the screen.

Medusa turned the witch into stone, so she is no longer able to move. So it’s up to the hero to defeat the monsters and collect their blood in order to recover the witch for a limited duration. The witch’s destructive magic easily destroys monsters, but you will have to rely on the hero’s will power primarily. He is able to try and try again, but the witch cannot, thus the hero must protect her.

World Conqueror 3D from Circle Entertainment are on sale until 8:59 a.m. PT on Sept. 24.

World Conqueror 3D is a new type of strategy game on the background of WWⅡ. In this game,you depend on your troops as you compete for territories. Territories consist of land, cities, and even oceans,for the purpose of gaining resources, developing an economy,and military to conquer your enemies. This game requires you to operate and command three basic troops reasonably, these troops include soldiers, tanks and artillery. Judge situations correctly with the AI and the fight will remain in your favor. The attributes of arms are different for each country.

In the region of Awelsia, vengeful Freya travels with an unknown weapon called “AeternoBlade” to take revenge from Beladim, the Lord of the Mist who destroyed her village, Ridgerode, and killed her tribe. Her vengence is helped by Vernia , who has as much merit as Beladim. Vernia taught Freya about the ablility of AeternoBlade. Freya has to venture in many world dimensions to find how to annihilate Beladim. What is AeternoBlade? and How can Freya take revenge from Beladim ? Solve tons ton of mysteries in her adventure!

Puzzle games must be addictive. This was our top priority during the development of the game. That’s why we designed 200 levels that not only challenge your skills but also your imagination. With its perfect touch controls Art of Balance TOUCH! is easy to pick up and hard to put away. Seeking a real challenge? Then try out the new endurance mode and drive your score ever higher.