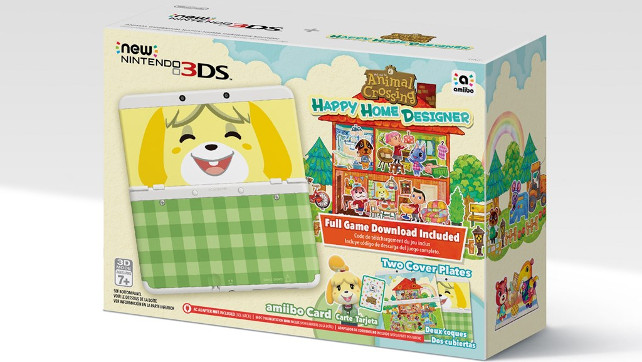 Nintendo announced two special edition New Nintendo 3DS XL systems to be released this fall, one of which will be a Gamestop exclusive. The announcement came at the GameStop Managers Conference in Las Vegas.

The first is an Animal Crossing themed bundle, which will launch in the U.S. on September 25th. The bundle includes the new hand-held system, the upcoming Animal Crossing: Happy Home Designer game, two cover plates and one amiibo card, and will retail for $219.99.

The second is a Hyrule Edition New Nintendo 3DS XL system will launch exclusively in GameStop stores on October 30th. The system is gold-colored and features an intricate Hylian Crest on the front. The handheld will retail for $199.99, but will not come packaged with The Legend of Zelda: Tri Force Heroes. The new Zelda game will be released one week earlier on October 23rd.