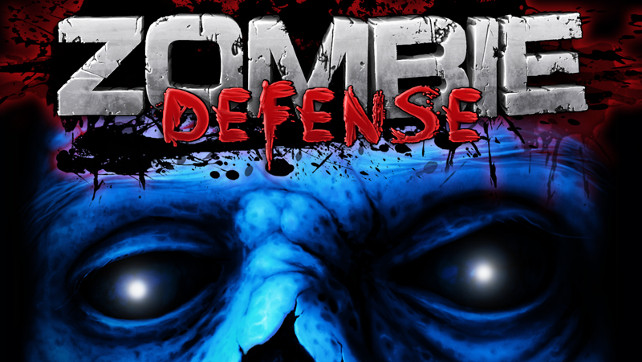 Teyon has announced the upcoming release of Zombie Defense, a modern hybrid of a classic realtime strategy and Tower Defense, on Wii U. The game will become available in the European Nintendo eShop next Thursday, September 3rd for €7.99 with the American release TBD. The game was previously released for Android.

“Zombies want to end all life on Earth, only your army stands in the way. No resting until they rest in The dead burst forth from the earth, beneath a blackened sky an endless horde of zombies rampage across the burning corpse of our dying civilization. You are humanity’s last hope! Use classic RTS/tower defense strategies and tactics to decimate waves of zombies. Rally desperate soldiers, outfit them with lethal weaponry, innovate new destructive technologies and march to victory in two game modes and 35 deadly missions.”

The game is currently available in the Google Play store as a free download, though the game does have in-app purchases. We haven’t gone ahead to download the game ourselves to check it out but you can follow this link if you want to check it out yourself. I would imagine that the Wii U version of the game, which will be a purchasable game, will have all of these “micro-transactions” included in the full release.

This of course begs the question. With Nintendo jumping on board with a few of their new free to play titles making use of micro-transactions, why not do the same here? If this game is a port of a free game, couldn’t the same thing be set up for the Wii U game?

Though it’s possible the needed infrastructure hasn’t been released to third parties via collecting funds from the eShop balance. It is something that is a neat idea. I know a lot of people are quick to download a free game and many don’t mind dropping a few dollars into the free game if they really like it.

Back to the game, you’re tasked to defeat waves of shambling walkers, creeping monstrosities and massive mutant zombie bosses as every weapon of the modern military arsenal is at your disposal. Earn money for your kills and upgrade to more effective weapons, vehicles and airstrikes, hire ruthless soldiers and develop killer Will Earth be overwhelmed by a shambling tide of filth, or will you and your desperate army of survivors prevail?