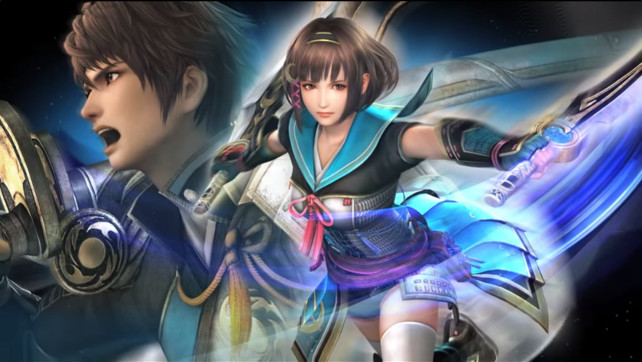 Samurai Warriors Chronicles 3 – Developed to celebrate the franchise’s 10-year anniversary, Samurai Warriors Chronicles 3incorporates the best features from previous Samurai Warriorsgames, including the detailed customization mode and battle system of Samurai Warriors 4, as well as the Challenge Mode, which tests players’ speed and efficiency as they fight against the clock and thousands of enemies simultaneously. Play as either a uniquely customized character or one of the much-loved, historically inspired Samurai. Stories and lives unfold in multiple ways, offering numerous resolutions to large-scale battles and multiple endings affected by the players’ choices, actions and affiliations. Also New this Week

Roving Rogue – What comes after The End? That’s the question that has dogged humankind’s greatest thinkers for millennia. Where do we go? What happens? Who will be there? The answers are: “a crumbling castle,” “you run and teleport” and “steadfast knights, goblin archers, obsessed ghosts, demented wizards and other dangerous foes.” InRoving Rogue, the multiplayer platforming adventure on the Wii U system, the end is the beginning.​ Also New this Week

The Legend of Zelda: Ocarina of Time – One of the most critically acclaimed games ever made arrives in the Nintendo eShop on Wii U. Set off on a legendary journey to stop Ganondorf, who has plunged Hyrule into darkness. Travel through time as child and adult Link, and experience Hyrule in peace and war to save the world and protect the Triforce. The Legend of Zelda: Ocarina of Time is one of Nintendo’s most epic challenges and tells one of its most touching stories – it’s an absolute must-play for Nintendo fans.