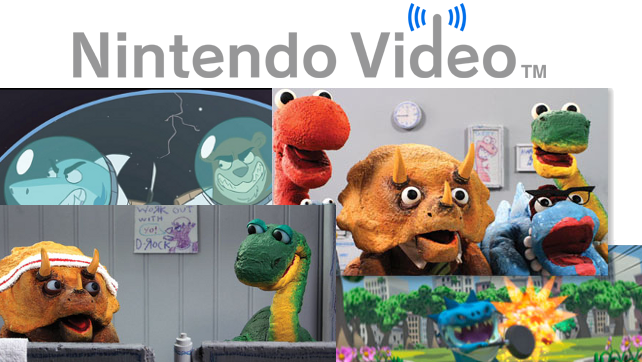 A notification popped up today about Nintendo Video. Seems the video app on the Nintendo 3DS is moving into the eShop.

Here’s what the notification said:

Your favourite shows from Nintendo Video are now available on Nintendo eShop anytime you want them. Dinosaur Office, Meat of Die, Shaun the Sheep, they’re all there, along with many others.

You can now find Nintendo Video on the Main Menu of Nintendo eShop, or just enter a search for your favourite shows. Go ahead – watch what you like, anytime you like!

Launching the software after the notification brings you into the Nintendo Video app itself, though nothing new is in the app since June 4th. Heading into the 3DS eShop you’ll find the Nintendo Video button on the bottom row if you scroll to the far right. This shift of Nintendo Video into the eShop is exactly what I said should happen in an article I wrote nearly two years ago. Having missed part one of a two part episode of Kirby, the “video on demand” structure of Nintendo Video is great to see. And of course free content is always a plus.

It seems that the Kirby cartoon is not available on Nintendo Video again yet, but there’s hope! The Misadventures of Link and Pikmin Safari are at least still on the service.

While I liked having videos downloaded to my SD card in the background with the ability to watch then anytime, and I hope that it does continue, I think this is a great step for Nintendo.

What do you think of this change? Could this also signal the eventual addition of Nintendo Video to the Nintendo Wii U as well?