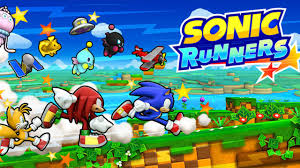 SEGA has yet to launch the blue blur’s latest free to play title Sonic Runners in the United States and other countries but thanks to a soft launch here in Canada I’ve been enjoying the addictive endless runner for the past few months thanks to its excellent gameplay. Unfortunately after SEGA released the latest patch for the game I had no choice but to delete runners from my phone.

Prior to the last patch players were allowed up to five lives to be stocked before hitting a paywall. The wait for lives to regen pre-patch wasn’t too bad either, you would gain one live every ten minutes. SEGA is putting on the squeeze on existing free-to-play players by changing the lives cap to 3, making us wait even longer to re-gen lives and reducing the login bonus.

Rather than trying to gain additional revenue from players like myself who have been playing this game for months by gating off features that we have been receiving for free it would have been nice to see SEGA developing some new premium content for the game. If SEGA had released additional characters for say $3.99 a piece or extra zones for a small price I would have been happy to pay up. I can only see this strategy coming back to bite SEGA in the butt. I’ll be looking for another title to scratch that platforming itch because it is clear that SEGA has messed up Sonic Runner’s monetization strategy.