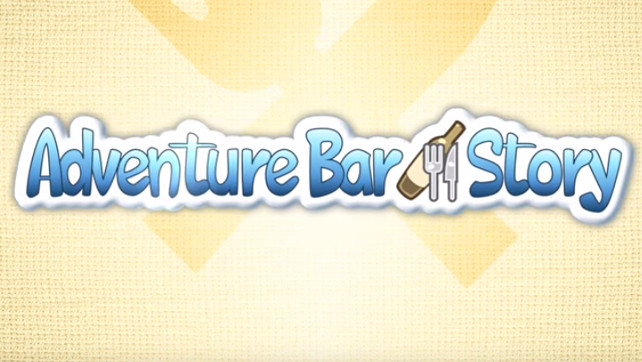 Adventure Bar Story is an RPG set in a fantasy world in which you go on adventures with party members and manage a bar. The premise sounds somewhat odd, but the game actually plays pretty well and feels very much like a SNES era RPG.

Your bar is facing a hostile take over by a rich restaurant owner named Gustav. Gustav is a powerful man and he will try to drive you out of business and force you to sell the bar! What’s the best way to defend the take over? Become the most popular bar in town, so even Gustav can’t take over your bar.

So the game is very much go out into the world, collect recipes and ingredients, come back to your bar and make food to sell. That’s about the size of the game. 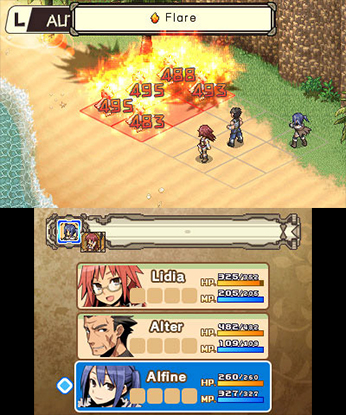 One thing that it takes a bit to realize and get accustomed to is that, while you get ingredients “mats” from the areas and enemy drops, you also need to buy some of the items, like spices, in order to make a majority of the dishes. The first few days can be a bit frustrating when you can’t seem to prepare much of anything at the bar. I found the best way to optimize doing this was to stand at the store and go through my recipes to see what I could make with the materials I had, to determine what I needed to buy. Each recipe in your item menu also shows what stock you have in your inventory.

For example there was a lot I could make with the ingredients that I had, but the only ingredient I lacked was simple salt. Once you realize this, making dishes becomes worlds easier.

As you sell foods at the bar, the patron’s satisfaction with a dish will go down. So if it’s on the menu for too long they will stop buying it. Creating fresh dishes is key to keep them coming back. No worries though, because you can always eat the food yourself if it doesn’t sell. It’s a good idea to do that anyway. 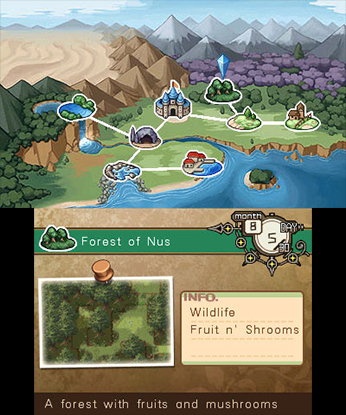 Also, some foods can actually temporarily boost your stats. For example scrambled eggs can give you vitality +10 for a period of time. So it actually pays off to have some food on hand at times, just in case.

Don’t think about gorging yourself though. Your characters have a stomach gauge which fills up, so once you’re character is full you can’t feed them any more that day. Power eating all in one day won’t get you anywhere.

The other way to earn money is to sell things. Some of the items you come across can be sold of course, but that doesn’t pocket you much change and usually it’s more useful to equip them. You can also sell the ingredients that you find or score in battles. This isn’t always a good idea though. How can you cook and level up if you’re selling all your ingredients.

However, one quick little thing that I found out is that you can get water from the well in town. You can hold up to 99 at a time and you can SELL this water at the store. Realistically you can do this over and over again, if you’re patient enough to do this. It’s a good way to get some extra spending money if you need to stock up on spices to buy new recipes.

As the game progresses you will open up new towns, which also opens up new shops with new ingredients to purchase. You will even open up a small farm which you can use to grow crops. It’s pretty neat, though be warned as going to the town counts towards your excursion of the day so you won’t be able to visit a neighbouring town AND explore for ingredients. 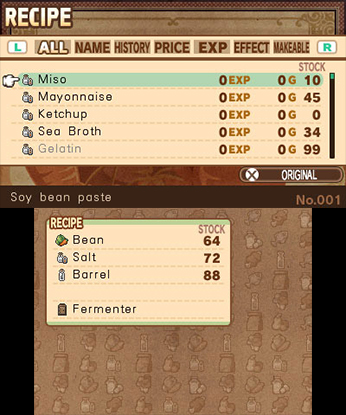 You will also eventually be able to participate in cooking contests. Winning these will raise the prestige of your bar and increase your bar rank. Both important things to do to, not only progress the story, but also boost profitability of your bar.

The battle system in the game is also very well thought out. The RPG battles are turn based, but there is a bit of a ‘real-time’ feel to it. On the top of the touch screen there is a slider timeline, which shows all of the characters in the battle and in what sequence the turns will go. In this way you can wisely attack an enemy who is first in line to give yourself the advantage.

Adventure Bar Story isn’t the most advanced, deep or complex RPG out there but it is definitely a fun little game to play. The story is engaging enough, the characters are done well and the game plays smoothly. It’s definitely worth checking out.

Adventure Bar Story was developed by Rideon,Inc / RideonJapan,Inc and released in North America by CIRCLE Entertainment. The game is rated E-10 by the ESRB and is now available in the Nintendo 3DS eShop for $5.99.