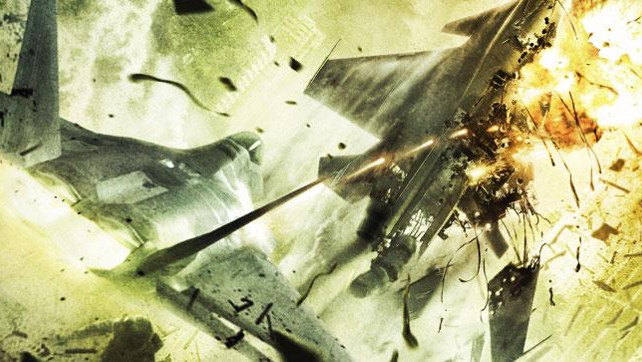 I wasn’t sure how much fun I’d have with an aerial combat game when this came across to me. I mean the last real game I played in this genre, and I mean really played, was After Burner way back on the SEGA Master System! I played that game to death, though I was just a kid at the time. Any other flight sim or combat games I’ve played in the past lost my interest fairly quickly, either because of their repetitive nature or their steep learning curve and difficulty.

That has changed with Ace Combat Assault Horizon Legacy + for the NEW Nintendo 3DS. This game is actually pretty fun to play.

The first thing I want to talk about right off the bat is the audio in the game. I know, it’s an odd thing to lead with, especially in a review that would typically be mostly about the gameplay. I love the audio in this game. 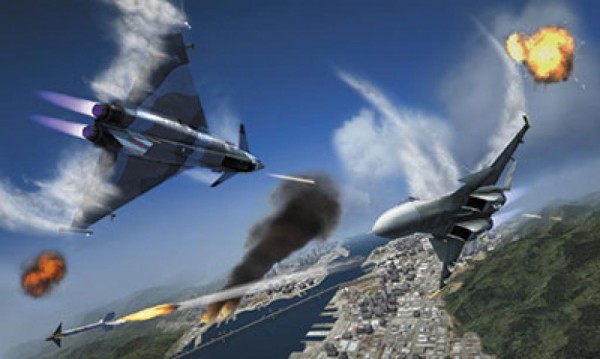 The first sounds you hear from the game is the opening title screen, which is actually a soft ballad. It’s not something you’d expect at all, but is something that I would expect to find in an anime. It’s a nice juxtaposition to the high speed and furious combat which is to come, of which there is quite a bit.

Okay so what is this game? Well it’s the latest chapter in the critically acclaimed aerial combat series flies. Originally released in physical form only for the Nintendo 3DS, Ace Combat Assault Horizon Legacy + is an aerial combat game filled with high-flying, dogfights and high-altitude acrobatics.

Fearful of being caught in the saber-rattling between the Osean Federation and Union of Yuktobanian Republics four years after the events of the Belkan War, the nations of the Usean continent agree to unite and form a third-force alliance. However, countries in southern Usea consider joining the Osean Federation after it offers to sign a military treaty with them. The other countries in Usea object to this move, but the southern nations press ahead with the treaty. Conservative military personnel in these countries engineer a coup on the day of the treaty signing, and even military forces in the other Usean nations join the rebellion. In danger of total collapse, the Usean government executes an offensive codenamed Operation Fighter’s Honor, with the Special Tactical Fighter Squadron Scarface leading the attack.

Controls in the game are fairly easy to grasp and execute. Your plane will fly at a standard speed without pressing anything and will also fly pretty level to the horizon on it’s own. You can of course accelerate and decelerate with the [L] and [R] buttons. These are the default settings, with the (A) and (B) buttons used for firing your machine guns or missiles.

One thing that is great about the controls is that they are pretty intuitive to use and don’t take much to get used to. The lower touch screen displays your radar, status of your plane and ammunition, radio chatter from your command as well as the enemy and more. Switching up the radar zoom is a quick tap of the d-pad, as is switching between the two types of missiles your plane can carry. 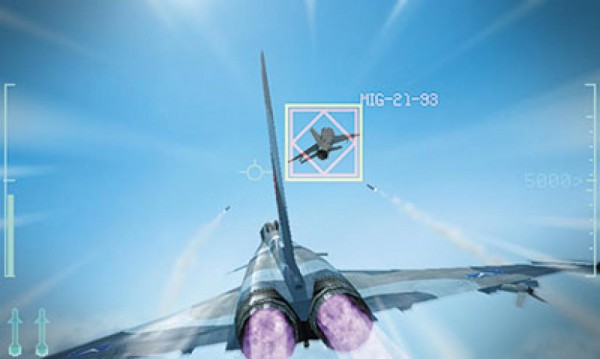 Another neat control that the game are added control mechanics that enable split-second counter-maneuvers, dynamic dogfight action and satisfying enemy takedowns. As you close in on an enemy plane, who is trying to out maneuver you, you will lock on to them with your radar. Your HUD will display a red box around the enemy plane. However this doesn’t guarantee a hit as the plane is trying to get out of your sights. If you can keep the plane close to you a small meter will charge. Once this meter fully charges you can execute some slick moves to get yourself right behind the plan with a tap of the (Y) button. It’s definitely a handy maneuver to help you keep the enemy in your sights.

Though some enemies can do the same to you, so you need to be quick on the draw when you see an alert on the screen for yourself. A quick tap of the (Y) button yourself can save you from destruction.

The story in the game is actually pretty absorbing, and the fact that the entire narrative is fully voiced is a nice touch. You can focus on watching the mission prep whilst the commander actually tells you the upcoming mission. It’s not pivotal, but is nice. The commander also talks to you through your radio during missions, with helpful tips and reminders about the mission. It actually doesn’t get that repetitive or annoying.

And did I mention that the game looks visually stunning? Especially in 3D the environments all look fantastic, as do the planes.

The game overall isn’t too hard (on easy) but the higher difficulties to ramp up with enemy planes a bit faster and more maneuverable. There are also surprisingly boss battles, as you do end up facing off with one or more highly skilled enemies at times, who are tough to catch and even tougher to get in your sights.

So this game was originally released back in 2011, but this iteration of the game actually takes advantage of the NEW Nintendo 3DS XL, which was released on the same day. The game is compatible with amiibo, so you can tap your figure to the 3DS and unlock special Nintendo themed planes. You can also unlock some naturally through the game as well, so don’t feel left out if you don’t have the New Nintendo 3DS (like myself).

You know I didn’t know what to expect when I started up this game but I was pleasantly surprised. I enjoyed Ace Combat Assault Horizon Legacy + a lot more than I thought I would. It’s certainly worth a look.