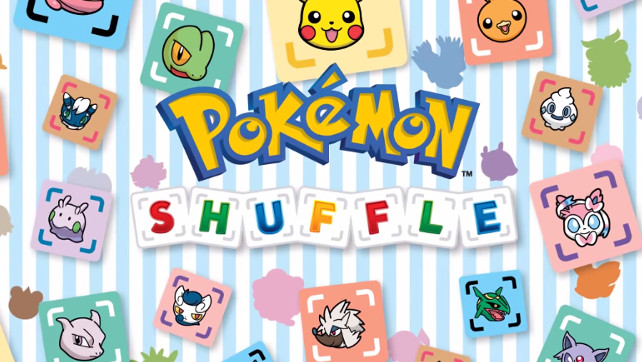 Back in January during a Nintendo Direct, Nintendo annouced a new free-to-play game for the Nintendo 3DS. The game is Pokémon Shuffle.

Pokémon Shuffle is a download-only game and the game appears to follow the free-to-play model of many mobile games, and will seemingly have micro-transactions, from what is said in the game description.

“You’ll be able to enjoy virtually all the features of Pokémon Shuffle without paying any money,” states the release. “There is a limit to how many stages you can play through without taking a break. This number will be replenished with time, but you can also purchase items in the game’s shop that will enable you to continue playing immediately, if you choose.”

This seems to fit with every free-to-play game I’ve played on mobile and some on Facebook. Play until your meter runs low or you’re out of moves. Then you have to come back later once it’s recharged or spend real money to play again now.

“You can also purchase paid content that will help make your progress through the game a little easier,” the release goes on to day, “such as items that aid in your battles.”

No further details have been released as of yet, but the game is rumoured to be hitting the eShop this week.

Each stage in Pokémon Shuffle provides you a limited number of opportunities in which to move your Pokémon around. There is no time limit, so you can take as long as you like to study the board. To clear each stage, you’ll have to reduce the HP of the wild Pokémon you face to zero within a set number of moves. Use all the strategies and tactics available to you, and learn to read the board to spot future matches. Clearing Pokémon efficiently is the key to winning Pokémon Shuffle’s many stages!

Pokémon all have a type of their own, and each has its strengths and weaknesses. Choosing a group of Pokémon that is right for each level is important. You’ll also be able to raise the level of your Pokémon by using them multiple times, enabling them to deal more damage to foes. Collect many different Pokémon and raise them up so that you will be able to make your way through your battles against wild Pokémon with finesse.

Pokémon Shuffle also features Mega-Evolving Pokémon—when one of your Pokémon Mega Evolves, it can clear out a whole heap of Pokémon at once or cause other special effects!

What do you think? Will you be checking out this game?