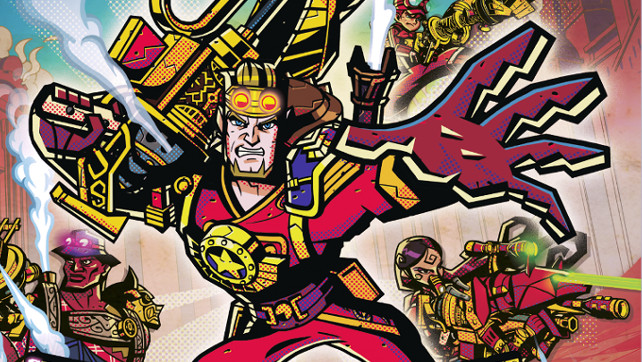 Gunman Clive 2 – In this stylish sequel, travel around the world as Gunman Clive and fight samurai, dinosaurs and giant robots. Click here to watch a trailer for the game.

Shadow of the Ninja – In AD 2029, Emperor Garuda rules with a cruel iron fist. Two fearless ninjas head out into the night to put an end to his evil reign. In this NES classic, play solo or with a friend as you run, jump and slash through 16 stages of hostile enemy territory. Shadow of the Ninja is now available in the Nintendo eShop on Wii U and Nintendo 3DS.

Nintendo Wii U and 3DS

Start the new year off right in the Nintendo eShop, which features must-have classic and current games. Check the Nintendo eShop each week in January (from Jan. 1 at 9 a.m. PT until Jan. 29 at 8:59 a.m. PT) for Nintendo eShop Must-Haves – they’re the perfect way to build a collection of great games that you can enjoy for years to come.

PIKMIN Short Movies – Watch the colorful antics of Pikmin as they jump into three short movies: The Night Juicer, Treasure in a Bottle and Occupational Hazards. Directed by Shigeru Miyamoto, the three shorts are available in HD for Wii U and in 3D for the Nintendo 3DS family of systems. Get all three in one pack in the Nintendo eShop. You can also download a free demo of the Pikmin 3 game in the Nintendo eShop for Wii U. You will be able to transfer your data to the full game if you decide to buy.