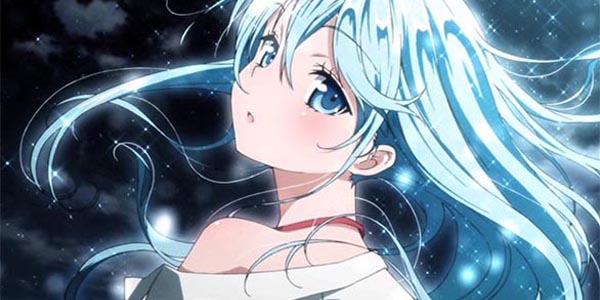 You may have heard that NIS America recently released Ground Control to Psychoelectric Girl on Blu-ray in North America. I’m currently watching the series and thought it would be fun to write articles about my thoughts as I continue on into the anime. Of course these may contain spoilers so that’s something to be aware of. Today we’re looking at the first and second episodes. This seems like an interesting idea since it will contain my evolving thoughts as I watch. So instead of just a review, you’ll get to see a flowing progression of how I feel the show is progressing.

The story begins with the protagonist Makoto moving in with his Aunt. It turns out she has a daughter that Mokoto didn’t know about. The progression with all of this is slow yet heart warming, making for a good start to the series. We’re also introduced to some classmates along the way, as Mokoto is going to school while getting used to his cousin. His cousin on the other hand claims to be an alien. It almost feels like she’s a Men In Black sort of protector, or at least that’s what she thinks she is. Really the cousin, Erio, seems very reserved and hides wrapped up in a blanket.

Makoto is quite patient and I think that’s what leads me to the feelings I have for the show. We’ve all seen anime before that have unbelievable characters like Erio, and then it’s revealed that all these tales they’ve told us are true. The first two episodes of Ground Control to Psychoelectric girl actually push me in the direction of just wanting the series to be based on make believe. I’ll be happy with whichever direction the show progresses in, but it’s interesting to consider that Erio could just be troubled. It would make an endearing tale. Now whether or not the series could follow through thirteen episodes like that is something I have yet to see.

If you’ve just started on the series, let me know what you think. Personally I’m enjoying the character development, including Mokoto’s two female classmates we’ve been introduced to so far. The story really is strong on wonder, and it’s kept me interested. That’s an important thing. So far I think it’s an enjoyable, quality show.

*Image above was found online and is not PR material from NIS America.