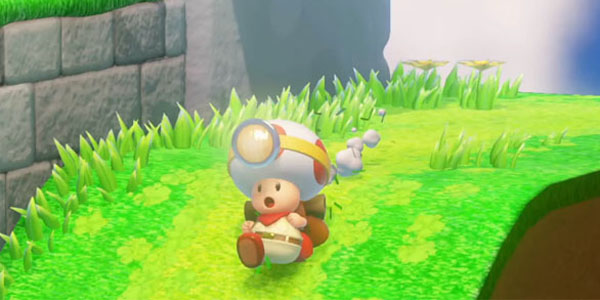 Captain Toad: Treasure Tracker may seem to just be inspired by the Super Mario 3D World levels, but goes beyond those puzzle levels gamers fell in love with. I mean common, if nothing else it’s another Nintendo game that you can throw turnips at bad guys! I’ve missed that since Super Mario Bros 2 USA (or Doki Doki Panic in Japan). I grew up on titles like The Adventures of Lolo, so puzzle games like Captain Toad really appeal to me.

With boss battles and over 70 stages with a variety of locations, the game looks pretty awesome as it is. Even better, it seems to be a value priced title at only $44.99 MSRP. That’s pretty surprising since Captain Toad looks like a fantastic title! I guess Nintendo just wants to make sure as many people as possible get to experience this game and see the value of this concept. Read on for the trailer.