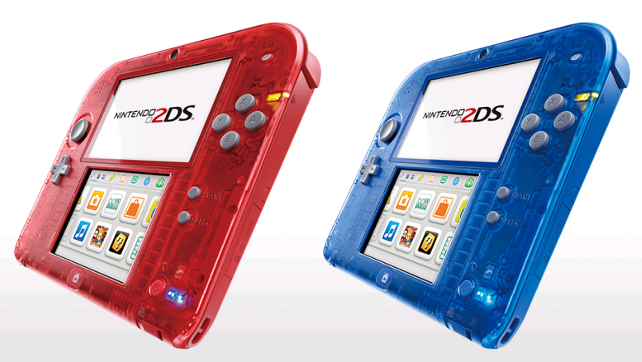 The crystal red and blue Nintendo 2DS systems are coming to North America.

After being unveiled as coming to the UK a few months back, Nintendo comfirmed on Tuesday that the systems will be launched in North America alongside Pokémon Omega Ruby and Pokémon Alpha Sapphire, which are set to be released on this month.

With a durable design and lower price point, Nintendo promoted the 2DS as a great first-time system for kids or anyone new to portable gaming.

The new Crystal Red and Crystal Blue Nintendo 2DS systems will retail for $99.99 each and will hit store shelves on November 21st. The new Pokémon Omega Ruby and Pokémon Alpha Sapphire, the next great Pokémon adventures coming to retail stores, Nintendo.com and the Nintendo eShop at a suggested retail price of $39.99 each.