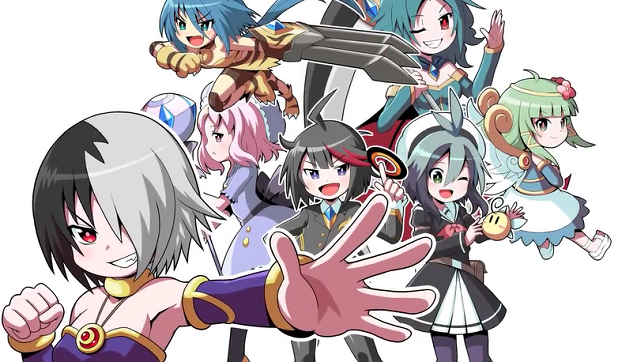 Circle announced this morning that their upcoming 2D platform action game The Legend of Dark Witch has found a release date, and it’s coming next week!

Here is the plot of the game, as told by Circle.

Syega Crystals gave their powers to the people of the world, but somebody has stolen all of them. After all the Syega crystals are missing, the world plunges into darkness. As the dark witch Zizou, you must retrieve the missing Syega Crystals.

You play the game as Zizou, who can learn new attacks by defeating bosses. She will need every one of those attacks if she is going to save the world.

It sounds like this will be a similar idea to the Mega Man games, which sounds great. The game also looks great from what I’ve seen of the trailer and I hope to get more of a look at the game soon. The developers promise diverse levels that provide a fair challenge as well as additional bonuses that reward those who replay the game. The game is also set with three 3 difficulty modes.

The Legend of Dark Witch will be released on October 16th in the Nintendo 3DS eShop for $3.99. Check out the trailer for the game below.