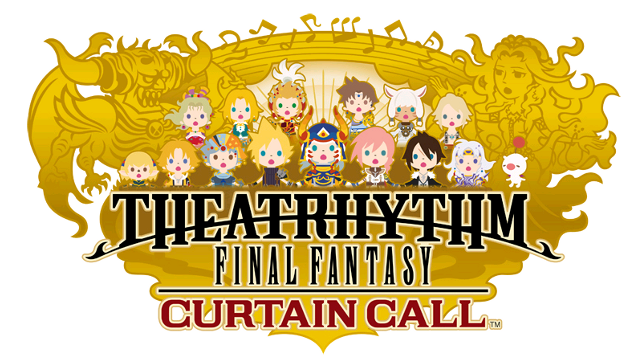 Super Smash Bros. for Nintendo 3DS – Free Demo – Nintendo 3DS owners can download a free demo for the upcoming all-star fighting game in the Nintendo eShop starting at 9 a.m. PT on Sept. 19. This demo includes five playable characters (Mario, Link, Pikachu, Villager and Mega Man), one stage (Battlefield) and the ability to compete in local multiplayer matches with fellow Nintendo 3DS owners who have downloaded the demo to their systems. A Nintendo Network ID is required to download the demo.

Cooking Mama 5: Bon Appétit – Conquer the kitchen as you bake, batter and roll 60 of Mama’s favorite oven-fresh meals and tasty treats. She also needs your help with 30 fun new activities like feeding kittens and running the burger shop. Click here to watch a trailer for the game.

FIFA 15 – FIFA 15 Legacy Edition on Nintendo 3DS delivers unmatched authenticity that reflects the current football season with updated kits and rosters and over 30 officially licensed leagues, 50 real-world tournaments, 500 authentic clubs and 12,500 players but no updates to gameplay or game modes. Play traditional 11 versus 11 matches or free your game in epic 5-v-5 street matches with full 3D effects. Play as a real-world superstar or re-create yourself and compete in 3D Street Football Mode. Optional touch screen controls deliver pin-point shooting and passing at your finger-tips.

Horse Vet 3D – You examine the horses to determine the nature of diseases or injuries. Drive to emergencies and treat them inpatient afterwards until they are healthy again!

Secret Empires of the Ancient World – Search for secrets among the ruins of great ancient civilizations! Can you uncover all the items before time runs out? Explore Mexico, Peru, Central America and the US Southwest as you seek and find hidden objects in ancient Aztec, Maya, Inca and Anasazi cities! Delve into detailed and evocative scenes filled with over 1000 carefully placed items, plus enjoy a challenging sliding tile puzzle for each location. As you unlock each new scene, you’ll be drawn deeper into the hidden object hunt. Are you ready to discover these ancient empires?

Legend of the River King™ 2 – An angel appears to you and your brother, asking you to track down the River King and the Sea King, the biggest fish in the world. But before you’re ready to begin the search for the elusive water beasts, you’ll need to score smaller fry to feed yourselves and save up to purchase better tackle and rods. With all manners of angling to enjoy, from freshwater fly-fishing to deep-sea trolling to collecting a variety of insects and plant life, you’ll have hours of fun in this role-playing adventure.

Arrow Time U – Arrow Time U has you take control of none other than a neon blue arrow. With limited time, health, and special powers, it’s your job to point your arrow in the right direction… and take it there as well! Your unique movement mechanisms and abilities to slow down time and move through any object will certainly help, but you’ll need both quick thinking and quick reactions to overcome all the obstacles and foes in your way in this top-down 2D game.

SPIKEY WALLS – SPIKEY WALLS is an exciting arcade game availble exclusively for the Wii U. In this title, you must avoid hitting the “spikey” walls by tapping the A button on the Wii U GamePad to earn a high score. Share your high score by posting a screenshot of the results page on Miiverse! Endless fun!

Wild Guns™ – Blast your way through villainous outlaws, diabolical robots and towering, screen-filling bosses either by yourself or with a friend at your side in the Super NES classic,Wild Guns. You’ll need a sharp eye and quick-on-the-draw reflexes, but fortunately, you’ve got plenty of moves to help you survive the hail of bullets heading your way. You can dive-roll, jump, double jump, rope enemies with a lasso and clear the screen with explosive special attacks. Blast apart just about everything in the environment to find guns, bombs and other hidden power-ups. It’s up to you to bring justice back to town – or whatever’s left of it when the smoke clears.