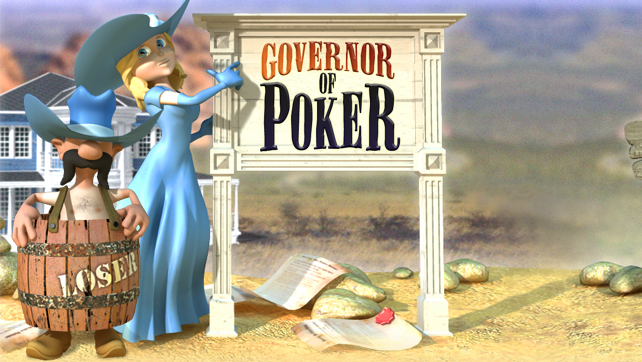 Teyon and Youdagames have announced their upcoming title, Governor of Poker, will be released on the Nintendo 3DS next week. The game will be available via the Nintendo eShop in both North America and Europe as of April 10 for $4.99 and €4.99 respectively.

The game isn’t just simply a poker sim, but looks like it will have some town building elements as well. The game takes place in the desert town of San Saba where you begin your journey to building your reputation and riches up to take over the whole state of Texas. Play your cards right and win big in numerous poker tournaments and cash games to buy real estate, transport and eventually entire towns!

The game will feature two modes of game play for either quick rounds of poker or dealing your hand for the title of Governor. In the game you can lay claim to over ten Texan towns and also claim all 24 rewards!

The game certainly seems like it will be an interesting, and unique, game on the 3DS. Governor of Poker is rated T for Teen and will be released on April 10th, 2014.