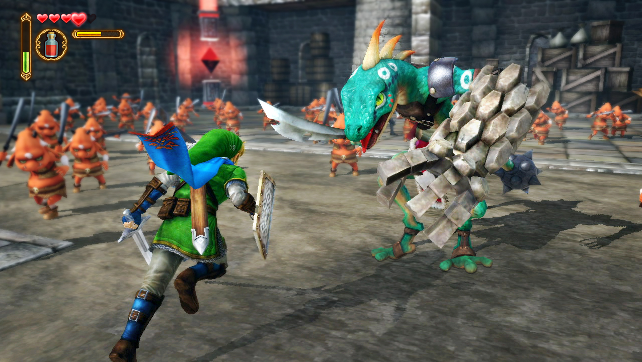 Nintendo made a surprise announcement this morning at their Nintendo Direct with the unveiling of a brand new adventure which combines The Legend of Zelda and the style of Tecmo Koei’s Dynasty Warrior franchise. The new action game, which Nintendo president Satoru Iwata confirmed is not considered the next Zelda game, is being developed by Tecmo Koei and is slated for a 2014 release on the Wii U.

The game is tentatively titled Hyrule Warriors, though that name could change as the game is still in development.

Take a look at a teaser trailer for the new game below.