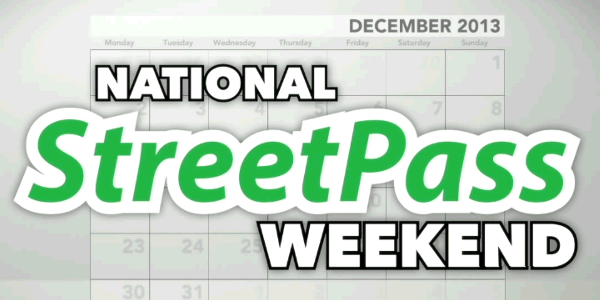 If you have a Nintendo 3DS you likely already know what StreetPass is, but here’s a brief explanation. Basically if you carry your Nintendo 3DS around with you, either active or in sleep mode, you can receive Mii information as well as game data from others around you who are doing the same thing. If you both share the same title installed on your system you will automatically share data, special items and more.

But you have to have StreetPass enabled. Nintendo has a little explanation no how to do that on their website. Trust me; it’s simple.

At Nintendo Zone locations around Canada (mostly McDonald’s, Future Shops and Best Buys) you can also collect Miis and other data. Recently Nintendo added a delay feature to Nintendo Zones so that the last person who visited a location would pop up on your system and your Mii would pop up on the next person’s system. Now with this new special weekend event you could get a Mii visitor from another region of the world.

Check into a Nintendo Zone location in the U.S. or Canada on December 14 and 15 (it was announced that via Miiverse that Nintendo bumped the start to today!), you’ll be able to StreetPass with people from around the country. Up until now I have Miis from Canada (and one special Nintendo Mii from Japan), but I could possibly now get up to six Miis at once from multiple regions!