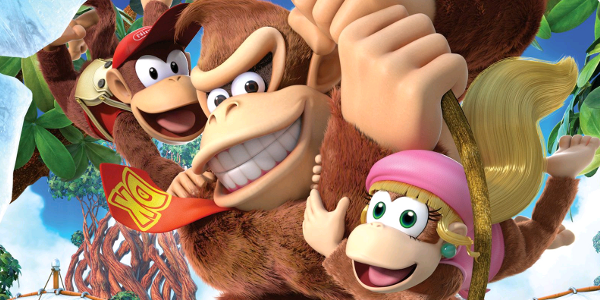 Nintendo confirmed the release date of Donkey Kong Country: Tropical Freeze at Saturday’s VGX event while also confirming a new playable character. The game is set to be released for the Wii U on February 21st with Cranky Kong the newest playable character.

The hosts of the awards show tried to pry for more information out of Nintendo at the event, including the ask if another Metroid game was in the works, but no other information was revealed. Take a look below at more details.

Cranky Kong has a special ability that in unique to him, including using his cane to bounce on dangerous objects like spikes. This ability helps him access areas other characters can’t reach. During single-player mode, Cranky rides on Donkey Kong’s back. In co-op multiplayer, a second player can control Cranky, Diddy or Dixie directly.

Donkey Kong Country: Tropical Freeze is the next installment in the Donkey Kong Country series. The new game lets players embark on an original adventure with Donkey Kong and partners Diddy Kong, Dixie Kong and Cranky Kong as they battle The Snowmads, who have invaded and frozen their home, Donkey Kong Island. Players will jump from island to island as they explore a huge variety of new environments, from lush mangroves to burning savannahs and Donkey Kong’s frozen island.

The full game is also playable on the Wii U GamePad controller in off-TV play.