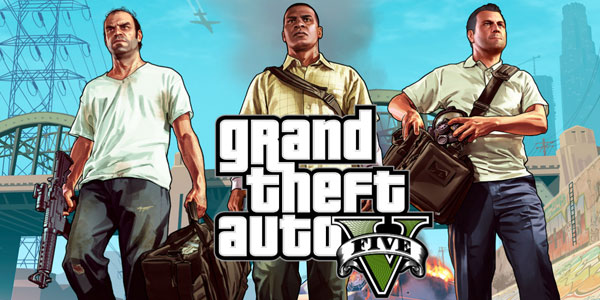 Ever since I began playing video games so many years ago there is one game that I always wanted to play. My idea for an ideal game was one where you could live out a life as a character in a city or town. You could go anywhere and do pretty much anything. You could have a job, go to the store, drive around, talk with and interact with people and so much more. The Grand Theft Auto series is that game.

I never played much of the original two titles but it was the franchise’s third game, which brought the series into 3D that really impressed me. Playing through Liberty City where you could follow the story of the game or just walk around and explore really spoke to me.

Rockstar has just released Grand Theft Auto V on PlayStation 3 and Xbox 360 and once again they have brought back that immersive and open world gameplay while upping the ante ten fold. 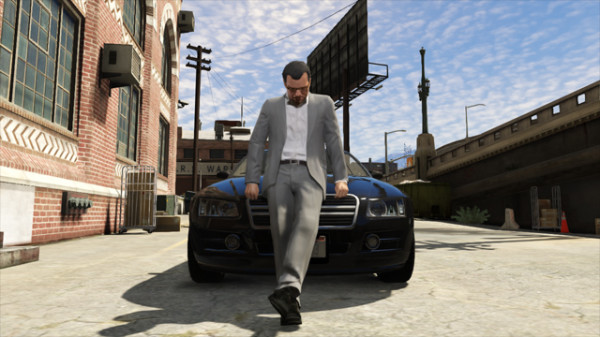 Sure the game has its share of violence, coarse language and other such things that warrant the “M” rating that it has, but it is no more so extreme or vulgar than the innumerable “R” rated movies I have seen over the years. The only difference is that at the end of the day, once the story driven cut scenes conclude I am given control of the characters and get to take control of their lives.

Grand Theft Auto V very much has the look and feel of playing a movie. Every time you are treated to a cut scene with characters talking back and forth, whether it is to set up the coming mission or whatnot, the game flawlessly transitions back into gameplay. It does so with such perfection that sometimes you don’t realize that you are back in control until your character, who was walking in the scene, comes to a stop because you aren’t holding the controller.

The missions that you ultimately undertake in the game are varied, and are often very challenging. However another new treat added into the game is that if you fail a mission you aren’t forced to restart the mission from the beginning. Each mission has checkpoints, which aren’t really featured, so that once you pass certain points a mission you can try again and continue. This can be especially helpful in some of the trickier missions, or when you fail because an objective isn’t met.

Completing missions and advancing in the story isn’t pivotal to enjoying the scope of the game, but is necessary to experience everything the game has to offer. 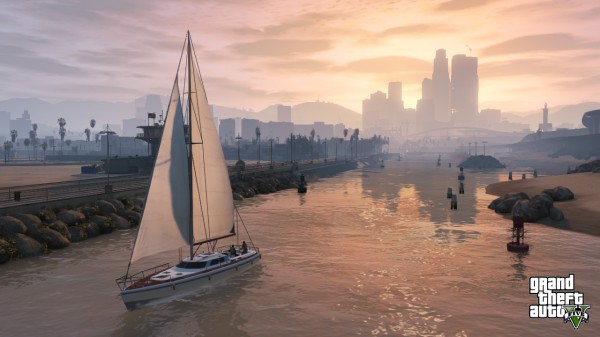 Unlike previous games you will have access to the entire world as soon as the game starts and don’t have to complete a set number of missions to open up new areas. That isn’t even really an issue though as since the world is so massive there is a lot to explore. And the story missions in the game won’t reveal everything which means that exploring has its benefits.

To me these games have been so much more than the sum of their parts. Sure the story is important but the vast amount of stuff you can do in the game, and the details the production team has put into the game, is phenomenal.

Heists are one of the new featured elements in the game where you can plan out robberies with a crew. You can plan out not only how to go about the heist but also which team members you choose. Team members with more skill will allow you to get the job done more quickly and safely, but they will also take a larger cut of the take. On the other hand selecting helpers with less skill, while taking less of the cut, are more of a liability.

They may shorten your window of opportunity and even result in a loss of the cash you’ll earn if they are killed in the course. Since they may be carrying some of the loot you’ll lose whatever they drop. 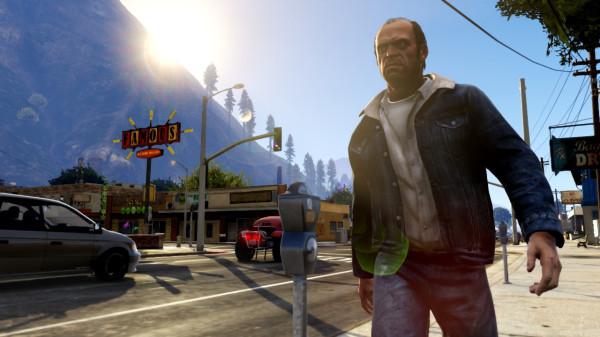 You can also buy money generating properties in the game as well as play tennis, golf, fly planes, helicopters, swim in the ocean, skydive and a wide array of other activities. If you want you can stop playing the story missions all together and just spend time running, driving and flying around and explore the vast world around you.