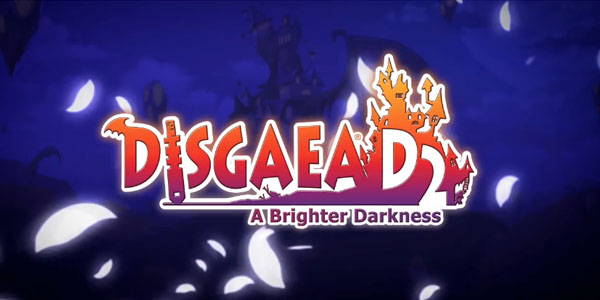 Finally, celebrating ten years later, we have a sequel to the original Disgaea. This all new game focuses again on Laharl, Etna, and Flonne after the events of the original. If you enjoyed the first game, odds are you’ll enjoy this one as well. It’ll draw you in, get you addicted, and leave you wanting to do just a few more item world runs.

The first thing I noticed about D2 is that the levels are well crafted. While this is nothing new for the series, they seem just as solid here. In some ways, the occasional one seems to be a bit more of a puzzle than usual. Of course, most of the time you can rush in if you’ve been grinding away for levels, but even then sometimes that doesn’t promise victory. 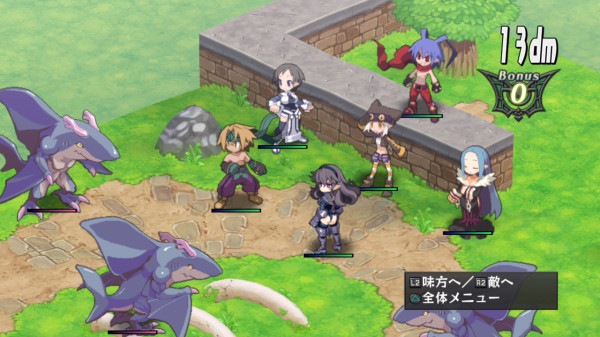 For those new to Disgaea, this is a tactical game that allows you to earn or create various characters to join you on your adventure. You can have up to ten unleashed on each map. Scattered around some battle fields are geo panels, which can have various effects depending on the stats of pyramids that rest upon same colored squares. These can be as simple as just blocking your progress across them, or giving many status effects, both positive and negative.

Broken up into chapters with a small group of maps in each, the story is usually played out visual novel style at the start of each map. Maps can be replayed, as there is a strong focus here on enjoying your characters and getting to go back and grind their levels sky high. There are tons of weapons and armor gear you can use, including different graphics for human weapons. Basically, there’s a bunch of enjoyable RPG and tactical elements here. If that’s your cup of tea, and you like quirky stories, Disgaea is for you.

It’s also enjoyable considering it’s into October now and a game that takes place in the Netherworld is a fun way to get into the Halloween season. Our main star Laharl was the prince, next in line to be the Overlord of the Netherworld after his father. After his fathers unfortunate passing before the start of the original game, Laharl was focused on being the next Overlord. However, even in D2, most of the Netherworld doesn’t see him as their leader. Early on you’ll begin by defending Laharl’s self proclaimed title. 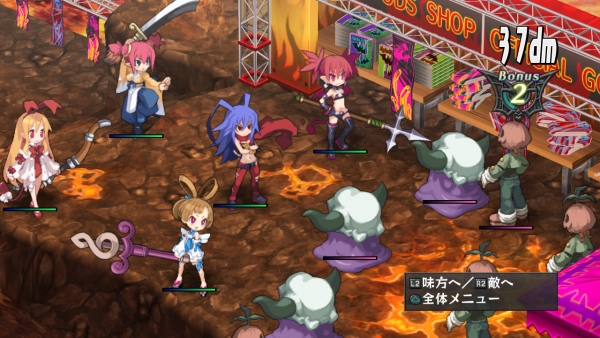 Surprises abound, and new storylines pop up often as with the original game. The game doesn’t shy away from introducing content in a different order this time either. Early on you’ll be gaining the ability to add dragons to your army, and even making plans to visit Celestia! As someone who played the original, this is fun. Getting to add different characters that you didn’t get right away in the original mixes up what otherwise would be a revisiting of the same content.

Compared to the original sprites, the graphics have changed a lot! Not that the original wasn’t beautiful to begin with, but the crisp HD world of Disgaea D2 really does shine. I’ve heard some fans mention that some graphical elements are reused from previous games, but I’m not sure exactly what is old and new in that sense. All I know is it looks great in this title!

There are always tips and tricks for leveling up your characters in Disgaea. Actually, I’m not sure but that could possibly even be considered part of the puzzle element really. There will be times you’ll want to figure out how to confront the biggest, baddest enemies you can, and have your characters stats high enough with gear to take them down for loads of experience. After all, when you create a new character, they start at level 1. 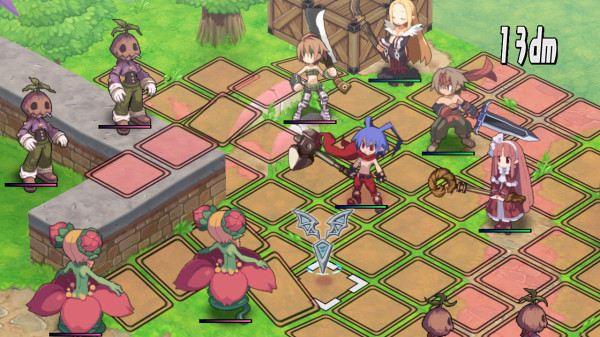 What seems to be a new feature in D2 is the cheat store. This not only helps you level by allowing you to boost enemy levels, but also allows for various other customizations. As you progress in the story you unlock the ability to alter the percentage of experience, currency, and other bonuses you get from combat. If you’d prefer more experience over cash, you can alter that. The percent you can change these things by gets higher or allows lower options the more you progress. Trophy spoiler ahead though, be warned, you will get a trophy for cheating if you use the cheat store ten times.

The option to boost enemy levels can make grinding a lot easier. I was able to boost Laharl in a steady climb to level fifty using just the first tutorial level. Sure, there probably are easier options somehow, but I enjoyed this method. Just be sure to set the enemy level boost back to normal before returning to your latest story map.

New features include being about to use monsters in mounts during combat and a new personality system that lets you further customize your new troops. Personalities give a bonus ability to your character depending on what you pick. There seem to be three choices for each character. Also included as a “demon dojo” which allows you to pick training for your characters. What this does is when a character in training levels up, they get a bonus stat percent from their training as well! 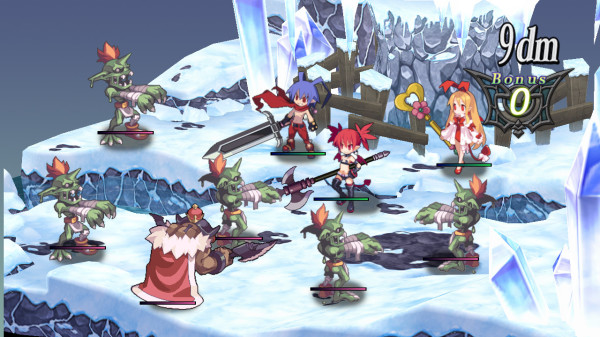 This really is a sequel to Disgaea, and that’s the best thing I can say about the game. It’s more of what you’re used to, in a world we’ve all come to enjoy exploring the character relations and stories of. You’re back together with your original cast, as well as some new faces along the way. The story feels fresh and fun as you progress. The only question I have is how the world ties together with the other numbered Disgaea games, or even Phantom Brave or such. There are other Overlords out there, but it seems Laharl’s father was the Overlord of the whole Netherworld. Different times perhaps? I really need to get back to it and wrap up Disgaea 3 and 4 after this one.

There are new NPCs in here too and what seems to be new background art for some of the stages. It is a shame though that there aren’t more new characters to create. However most of the artwork is HD quality, looking more like Disgaea 4 sprites. So there could be newer versions of classic characters in this one that have been revised for the upgraded art set. Either that or maybe I just like making tons of characters. It does seem that The Guided Fate Paradox uses the same engine however, so it would have been nice to use the seemingly new monsters from that. That could be DLC maybe in the future though. 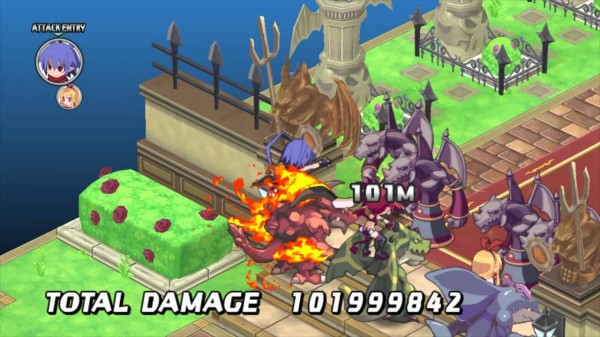 D2 is an enjoyable level grind with lots of character and charm. With item worlds returning, those are randomized levels you explore within inventory items, there’s always something to do with your cast of characters. It’s definitely a worthy addition to the series, and a fun sequel that fans will feel at home with. NIS has made another wonderful title, and this game will feed that tactical RPG addiction we’ve all had since the original.