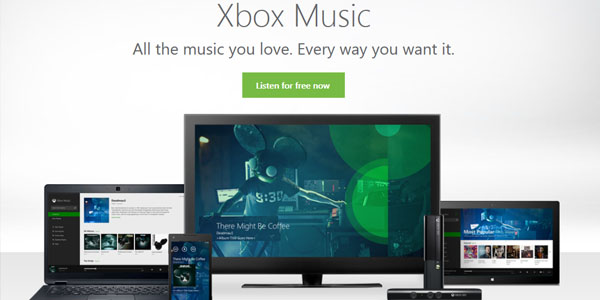 The big news is that Xbox Music has come to iOS and Android in the form of an app today, but I’m more excited for being able to use it on a PC that isn’t running Windows 8. I’ll still never give up my first love, the pay but so good service Rara.com which when I first signed up was like a buck per month to try for like the first three months then only five thereafter.

It took me a bit to find out exactly where Xbox Music is located but the US site pointed me to Music.Xbox.com and currently I’m grooving away to some tunes. Originally the service was quoted as being unlimitedly free for the first six months to stream, but then with limited to ten hours per month after that. With the service going “free” for PC I don’t know if that will change, but the US site still states that as a rule.

Ten hours even is still substancial if you’re a huge music buff like myself. Sometimes there are albums on different services that you can’t get on the main one you use, so it can balance out. It’s good to see this change since it opens up the service to all those users who aren’t on Windows 8. Sure it originally worked on Xbox 360 with a music pass ($10 a month or $100 a year or such) but being tethered to the console was a complete inconvenience. If you’re having a party or something it can be handy, or you can just use Songza for free on a laptop.

There are a lot of music options out there and it’s good to see Microsoft stepping up their game to provide more. I’ll definitely be using the service. Thanks for the changes Microsoft!