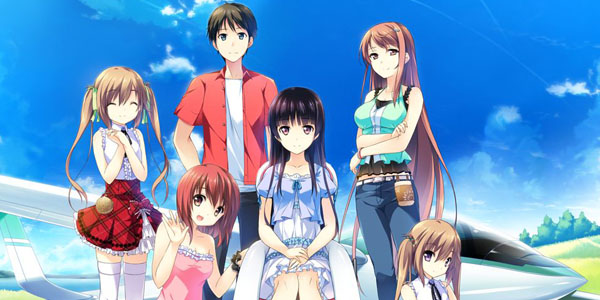 Having only had experience with dating sim style games in the past and not really a full visual novel like If My Heart Had Wings was a treat I wasn’t expecting. Instead of a choose your own adventure style dating game, players are given more of an episodic anime like feel as they experience the story. Over the course of the many hours the game spans, there are very brief decisions to be made. Think of this more like an extended dialogue session in a Disgaea game or such. You’re watching still characters, with occasional changes to emphasize emotion, with Japanese voice over talents acting out spoken dialogue aside from the main character.

Unfortunately without much understanding of the Japanese language I can’t compare the MoeNovel version of the game to the original. I enjoyed what I have seen so far and for around $30 USD you’re getting a HUGE source of entertainment. You’re looking at around a couple seasons length of content here with full play through lengths ranging up to approximately twenty hours or so. I have to admit, I can’t confirm that since I haven’t gotten through the entire story yet.

I found it enjoyable to just find a relaxing time in the evening and enjoy some of the events of the game at a casual pace. With how much story there is to be found in If My Heart Had Wings you’ll definitely have a lot to discuss with others who have played the game too. There is just a lot of content here to be enjoyed, and for the asking price it’s worth giving a go if you find the story to be interesting. 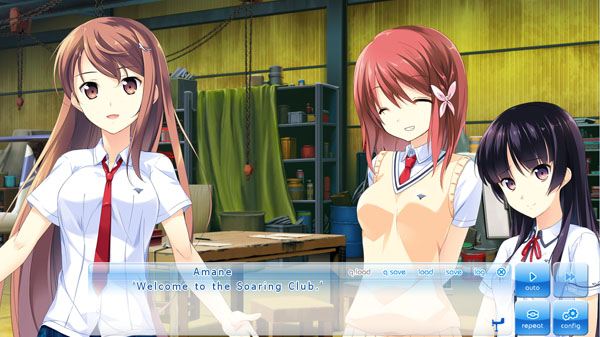 One thing MoeNovel changed in the game it seems is making the game a teen rated version of the original Japanese title by removing sex scenes, and apparently even kissing scenes from what I’ve read though there seems to be at least one such kissing scene image on MoeNovel’s twitter account. While I do respect the fact that these moments are missing story scenes from the original, it is nice that such a huge story can be enjoyed by a broader audience. I’m certainly not saying visual novels should be censored. I’m saying that it seems the sex scenes are a very small part in this vast story.

Again, with my experience being mostly dating sims, it was interesting to see the differences with a visual novel. It is definitely an enjoyable medium and I’d gladly play more. The game is full of charm and detailed characters that develop throughout the story. If My Heart Had Wings is more than just about the characters as well. The world you’re presented with goes into detail about other things from food to flight to even reminiscing about ways the town the game takes place in has changed.

Odds are some of you may not have experienced something like this before, and like me are more used to indie dating sims instead. I’d highly recommend looking into the visual novel scene in general. From emotional voice acting, to the enjoyable soundtrack, nice additional sound fx and beautiful visuals, If My Heart Had Wings creates a fun experience that brings it’s world to life.

To explain the game itself, the MoeNovel website sums it up nicely by saying, “If My Heart Had Wings is a refreshing, yet bittersweet story of youth with elements of both romance and comedy. Taking place in a school town in the not-so-distant future, where the main character and his female companions, being drawn by the charm of a glider form a club and aim for beyond the clouds. Four different tales with the various female characters will unfold before you depending on the decisions you make within the story!” If that sounds inciting, consider this a positive review and continue looking into the game. Below I’ll go into more details of the story, so feel free to skip that if you’d like. 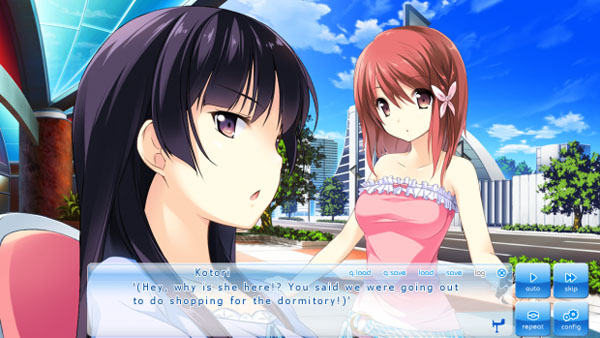 Specifically the game stars Aoi, a boy who ends up looking after a dorm for girls as their ‘dorm mother’. Since it seems Aoi can be a unisex name, our lead characters mother seems to have used this to her advantage to get him this job. Of course he seems embarrassed by it, but sticks with it. The dorm itself is in what seems to be Aoi’s home town that he moved away from about five years ago. Returning he finds some childhood friends grown up, and the town very much changed to a near future sort of state. Aside from the dorm the story focuses around the school where the glider club is formed, as well as the occasional trip to the mall and a few other less often visited locations. So between getting to know the girls at the dorm, and reacquainting with old friends, there are a couple others to meet around town and in school.

The game even features an auto-play option which you can adjust the speed of. This allows you to just kick back and enjoy the story as it unfolds without clicking after each dialogue ends. Also there are many save slots so you can bookmark moments you enjoy in the story. Included is also an option to skip forward quickly, allowing players to get back to decision points and choose alternate paths for future play through options without having to go through the entire story again.

With rare animated moments, tons of content, and an enjoyable story set in a detailed world, I’d recommend If My Heart Had Wings. I again have no idea how dialogue may differ from the original Japanese version so I can’t comment on fan controversy, but it seems MoeNovel has done a great job expressing the story to an English audience that may have otherwise missed out on this story.

Tags: If My Heart Had WingsMoeNovelVisual Novel