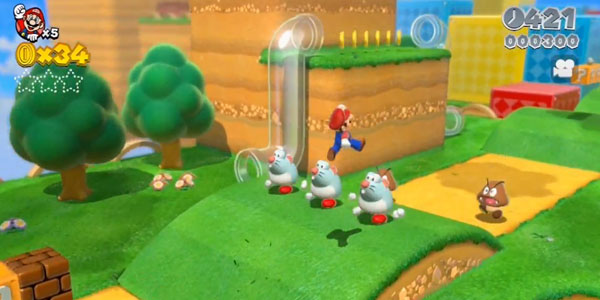 No really! Mario, Luigi, Toad and Princess Peach are all playable characters in Nintendo’s latest Super Mario title. Which of course is the cast of the North American version of Super Mario Bros. 2. The game even features a new cat power up that allows Mario to scratch enemies and climb walls! Check out the trailer after the break to see the crowning touch on this new power up at the end of the video.

I realize some Mario fans don’t feel Doki Doki Panic is part of the series (Super Mario Bros. 2 here in North America) since it was another game redesigned with the Mario characters added in. However, I’d honestly love to see a return of Wart! If he was the villian in this new game, I’d buy it day one! Don’t get me wrong, I’m an Nintendo fan, I’ll always be there to tackle Bowsers latest scheme. I do miss my adventures in Sub Con and we do still have Shy Guys in the series.

Regardless of my fan fiction like cravings, the game itself looks very impressive! Camera angles seem to be even more accomodating than Super Mario 3D Land, at least in this trailer, and the addition of multiplayer is wonderful! This was definitely one of the big highlights I liked from the Nintendo Direct announcement today!