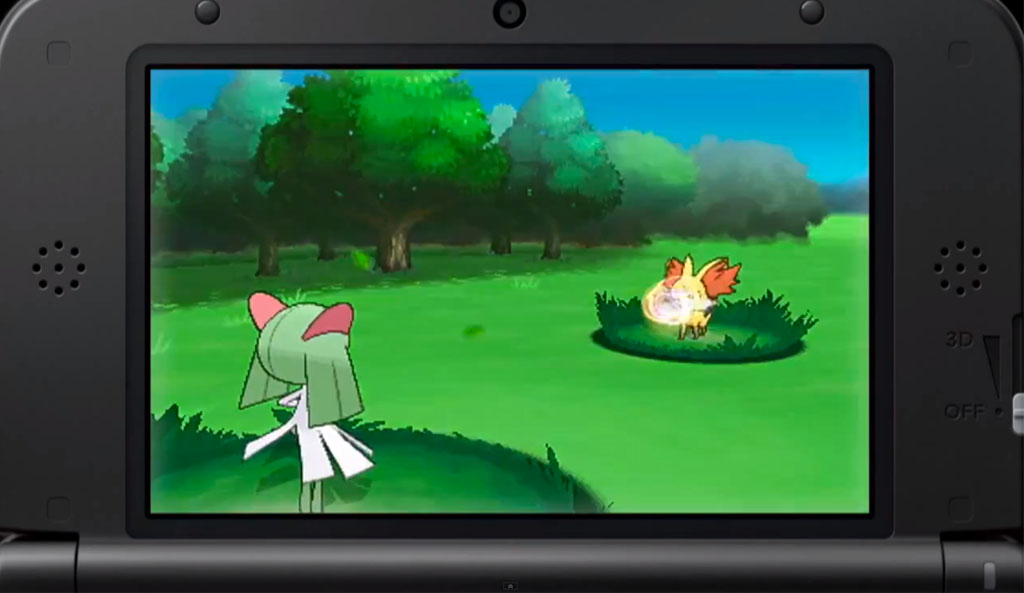 Gotta Catch ‘Em All Right? That’s the slogan that the Pokemon franchise has used for years, to remind us that we are all helpless slaves to the latest version of Nintendo’s monster catching RPG. Be prepared to enter the world of Pokemon once again with the latest entries Pokemon X & Y, which Nintendo revealed will be available worldwide starting October 12th.

More gameplay details surrounding the titles also surfaced during this morning’s E3 Direct live stream including the inclusion of a new ‘fairy type’. Only one new pokemon was mentioned for this type, an Eevee evolution known as Slyveon, but Nintendo has opted to also modify three other existing Pokemon to bolster the ranks of this new type. Joining Slyveon, from previous generations are: Marill, Garevoir and Jigglypuff.

Also unveiled was a new gameplay mode titled ‘Pokemon Touch Element’ that allows trainers to interact with their Pokemon using the stylus. You’ll also be able to mimic their moves and they can react to you, using the console’s front facing camera. This has the potential to bring a neat little mini-game, unlike we’ve seen in the Pokemon franchise, to our Nintendo 3DS’.