Let’s face it, Insominac Games is a pretty big name in the gaming world. Series like Resistance and Ratchet & Clank are proof that Insomniac Games knows what they are doing. So, does their newest title, Fuse, the first game published by EA and developed for not only Sony’s PlayStation 3, but Microsoft’s Xbox 360, keep Insomniac’s tradition of quality titles running?

Insomniac set out to make a game that was all about guns and fun. That pretty much sums up what Fuse really is at its core. During our time with it, we were only able to play two player co-op through the campaign, though I dabbled with single player enough to conclude that co-op with friends was definitely the way to go. 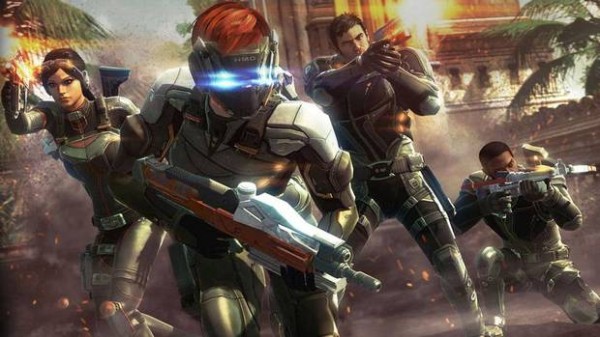 Fuse takes place in the near future where scientists have uncovered a new alien material cleverly called, that’s right, ‘Fuse.’ Overstrike 9, the team you control, is assigned to investigate a secret facility and destroy all evidence of the Fuse. Of course, things go south in a hurry, and you’re tasked with saving the world from utter extinction.

The team is compiled of four different characters with very different guns. Naya’s gun can create a mini black hole that rips enemies apart; Jacob wields a crossbow that can explode unsuspecting enemies; Dalton has a Mag Shield gun that not only blocks enemy fire, but shoots out a pulse that pretty much incinerates enemies; and Izzy’s can crystallize enemies. With four people you can perform “combos” by focusing on the same enemy. You can even get extra XP by shooting through Datlon’s shield. Pretty effective–blocks enemy bullets and you get extra XP. If playing solo you can perform a ‘leap’ to another character if you get in a bind, or if you’re wanting to break the monotony. 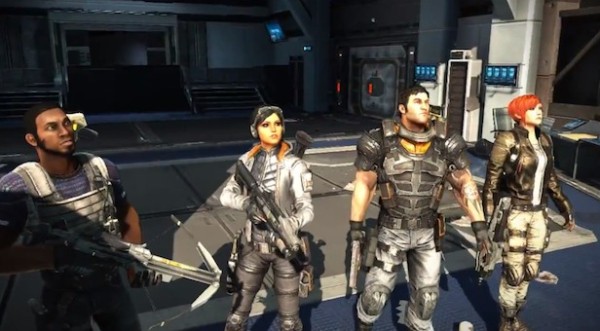 Throughout the campaign, which took me about eight hours to finish, you can find intel and audio logs which try to boost an otherwise uninteresting storyline. Granted, this is the first game; I think the characters could have used more backstory to flesh out the story a bit more–let us get to know the characters we’re playing. For example,  in Tomb Raider, we know who Lara Croft is; we don’t need any story building for that, but when you introduce a set of unknown characters, regardless of whether it’s a shooter, RPG, or an adventure game, tell us a bit about them. Let us connect to them. Fuse fails here.

Each character has a skill tree that you can level up throughout the game by killing enemies and picking up Fusion canisters which boost XP. Other than the Fuse gun skills, I found the rest of the skill trees to be plain. Not only that, all four of the characters skill trees are virtually identical, with slight variations due to the different guns. A deeper variation of skills would have made these characters set themselves apart from each other, but in the end it’s just not the case. I will say that the last skill tree which grants the “Fusion” ability is really nice. The Fusion ability grants you invulnerability, infinite ammo, and homing tendrils to your grenades for a limited time. 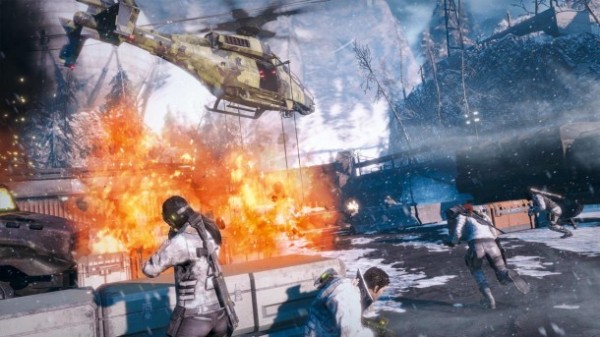 In addition to character skills, there are also team perks. These are purchased with money which can be earned by playing the campaign and running through the hordes in Echelon mode–more on that later. These are actually beneficial if you’re playing with a group of friends because the bonuses apply to the whole team. Extra money and more XP for kills are probably the most used perks at the start, at least until you max out you experience level.

When you finish the campaign and you’re looking to boost your stats up before going to a harder difficulty, you can jump into Echelon mode–which is essentially a simplistic horde mode. Echelon mode, whether your playing alone, split-screen, or with three other friends, is pretty hard. Your goal is to survive 12 waves of enemies while completing various mini-objectives (think of Mass Effect’s multi-player). High priority targets, defending Fuse containers, and recovering weapons caches, to name a few. There is nothing amazing about Echelon mode that makes it stand out above other versions of horde mode, but it is the easiest way to level up and get money to unlock some of the later tiers in team perks.

In the end, Fuse is what it is. A fun, cooperative game when playing with friends, which features a unique arsenal. Unfortunately, there’s not much story to get you into the game or the characters, and playing solo is an A.I. nightmare. Fuse achieves the persona it wanted: guns and fun–but not much else.