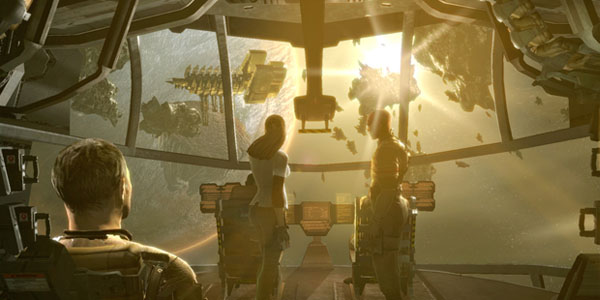 This is absolutely a movie I’d love to see! As you may remember, I gave Dead Space 3 a glowing review, as long as cheering on it’s Awakened DLC campaign. Obviously I’m a bit of a fan of the series and reading about this on Gamespot (referencing a Game Informer magazine article) sounds like a fantastic idea!

John Carpenter noted that the isolated setting of the USG Ishimura in the original Dead Space would make a natural fit for a film. Though I do love the sequels, it was definitely the feel of the original that drew me into the series. The feeling of being on a forgotten star ship and not knowing what was going on made for a powerful encouragement to proceed that only grew stronger as the game went on. Seeing this made into a movie would definitely be a ticket sale to me.

With movies like The Thing and Escape From New York as Carpenter classics, he definitely seems to be a perfect director to make such a film come to life.

“I maintain that Dead Space would just make a great movie because you have these people coming onto an abandoned, shut down spaceship, and they have to start it up and something’s on board. It’s just great stuff.”

“I would love to make Dead Space, I’ll tell you that right now,”

Sounds fantastic to me! Hopefully this is something that will happen. I agree! Dead Space on the big screen sounds like a wonderful idea. The game has a great story, but I know people I can’t get to sit down and play it. Being able to share this tale through another medium sounds like a promising way to bring it to life in a new way.