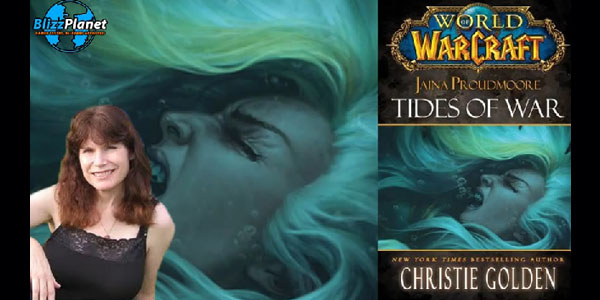 April 30th will see the paperback release of Christie Golden’s World of Warcraft: Tides of War novel so to celebrate I wanted to share this interview I came across on YouTube tonight. I’ve been reading and enjoying the hardcover release myself and will have a review coming down the road. Being a fan of Christie Golden’s writing for quite a number of years now it’s refreshing to hear an interview like this. If nothing else give the first eight minutes a listen before it gets into the in depth spoiler content. On a related side note, Starcraft II: Flashpoint also by Christie Golden will be released in paperback this May. Read on for the interview.