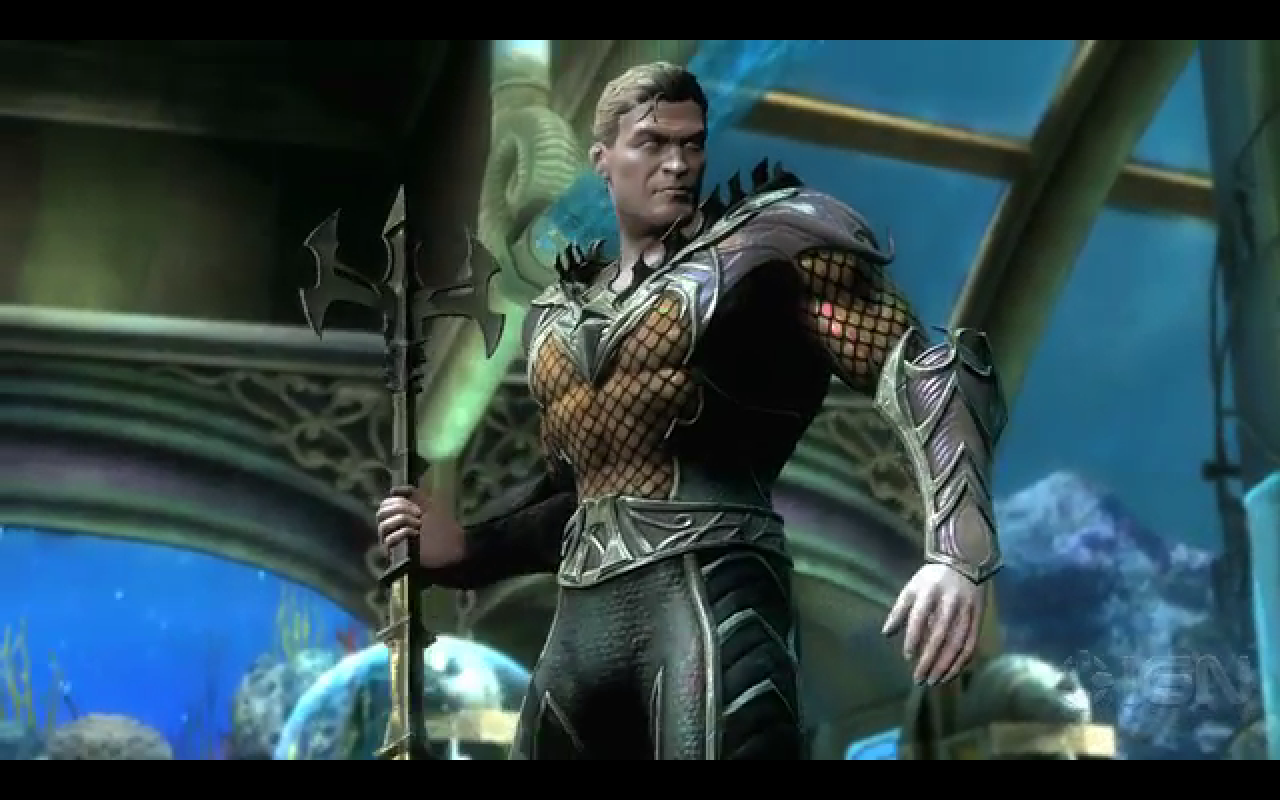 While he was teased since the announcement for the game, NetherRealm studios have today released a trailer which reveal Aquaman to be a playable character in Injustice: Gods Among Us. The trailer shows a combination of Aquaman battling as well as part of his role in the Injustice story. Aquaman fights with his trident and seems to have an ability to push his trident into the ground and hit his opponent who’s farther away as well as summon electricity. In the trailer you can also spot what could be an alternate color scheme for Shazam which replaces the white cape with a black cape, giving him a matching scheme to the “regime” that seems to make up a side in the war. While we haven’t seen which sides others have chosen, Aquaman, The Flash and Captain Marvel seem to be on the side of the “regime”. Check the trailer below, Injustice: Gods Among Us releases April 16th.