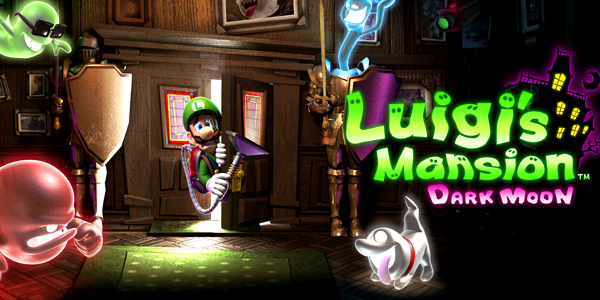 Up to four players can play together as they enter the the ScareScraper, which is jam-packed with paranormal creatures. In Hunter Mode, each player controls a different color Luigi and is challenged to hunt down ghosts and use effective teamwork to clear each floor of the tower before the clock strikes zero. Bonuses and upgrades can be earned depending on how well the team performs. There will also be boss battles at the top of each tower. Players can choose the number of floors in this mode ranging from five, ten or twenty-five. The difficulty can also be adjusted.

No worries if your “Luigi” is defeated as fallen players can be revived by their teammates.

Luigi’s Mansion: Dark Moon launches on March 24 and will be available at retail locations or downloaded from the Nintendo eShop. The game will retail for $39.99 both in stores and via the eShop.