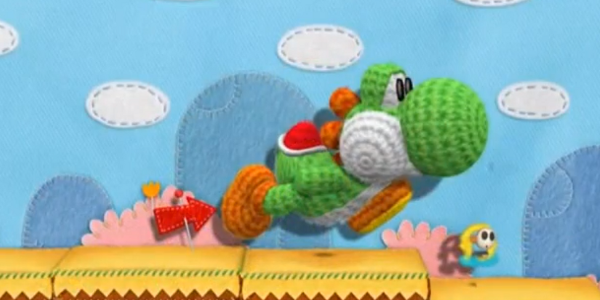 Nintendo revealed that the company is working on a new game staring Yoshi for the Nintendo Wii U. This will be the first game to feature the dino as the main character since Yoshi’s Story for the Nintendo 64. That game was released back in 1998!

If you’ve played that game it was pretty fun, though people either love it or hate it. I’m of the latter. Loved it and played it a lot on my N64. It’s also been released as a virtual console title for the Wii.

The new game comes from Good-Feel, the creators of Kirby’s Epic Yarn, and will feature the same look and feel of that game. Takashi Tezuka, who was the director of both Yoshi’s Story and Super Mario World 2: Yoshi’s Island, is supervising development of the game.

No official name (Yoshi’s Epic Yarn?) or release date has been announced as of yet.